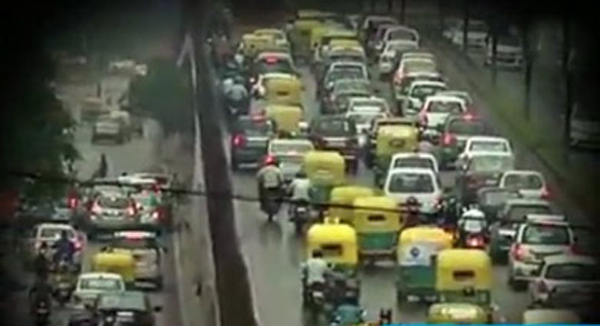 Only Bharat Stage IV vehicles can be sold nation-wide from April 1, 2017. If any BS-III vehicle comes for registration after Apr 1, the state transport departments will have to check its proof of sale before Mar 31, 2017.

In its order, the bench said clearly that even though the BS-III inventory is small compared to the total stock of vehicles in the country, keeping in view the growing air pollution and public health concern, commercial interest cannot supersede public health interest and the Fundamental Right to Life.

Commenting on the Court’s decision, Anumita Roychowdhury, executive director, CSE, said: “This is a significant step forward as this gives the message and the lesson that the automobile industry will have to walk the extra mile to address the expansive concern around public health and not weigh down the transition by taking a very narrow technical view.”

During the hearing of this case, the automobile industry had submitted company-wise data on the unsold inventory of BS-III vehicles (see link http://cseindia.org/userfiles/SIAM-Data-Analysis-note-24.3.17.pdf). According to the industry’s data, there are about 8,24,275 unsold BS-III vehicles in the country. They include 96,724 commercial vehicles; 6,71,305 two-wheelers; 16,198 four wheelers; and 40,048 three-wheelers. The industry wanted to be given a year to sell the unsold stock.

Said Roychowdhury: “It is unacceptable that even though the industry is producing BS-IV vehicles since 2010 for earmarked regions, most companies have not slowed down the production of BS-III vehicles; instead, they have chosen to remain in a business-as-usual state. There has been no proactive strategy in place to prepare for this transition.”

However, CSE analysts also point out that there are some companies which have taken the steps to stop production of BS-III vehicles in advance. These include major car companies like Maruti Udyog Ltd, Toyota, Hyundai, General Motors and the leading two-wheeler manufacturer Bajaj Auto Ltd. But this should have been the common and uniform proactive corporate strategy across the industry, says Roychowdhury.

This transition is critical as the movement from BS-III to BS-IV can lead to substantial reductions in particulate matter emissions. For instance, from new trucks, the emissions can dip by 80 per cent and from cars by half. Similarly, hydrocarbon and nitrogen oxide emissions – a big concern from two-wheelers – can reduce by 41-80 per cent, depending on the engine size.

CSE analysts point out that Delhi-NCR and the rest of India cannot afford to lock in toxic pollution in an inventory of vehicles meeting older and lax norms of Bharat Stage III, as these vehicles will remain on road for the next 15-20 years.

Air pollution has already emerged as a serious public health crisis in the Delhi-NCR region as well as in rest of the country.

The refinery sector has already made enormous investments to improve the refinery technology and upgrade the fuel quality to BS-IV grade from Apr 1, 2017. After today’s Court order, all new vehicles to be sold in India from Apr 1, 2017 will also meet only BS-IV emissions norms.

Given the fact that as many as 20 million vehicles are registered in a year (as per the data of the Union Ministry of Road Transport and Highways), this transition will make significant difference to public health exposure, says Roychowdhury.