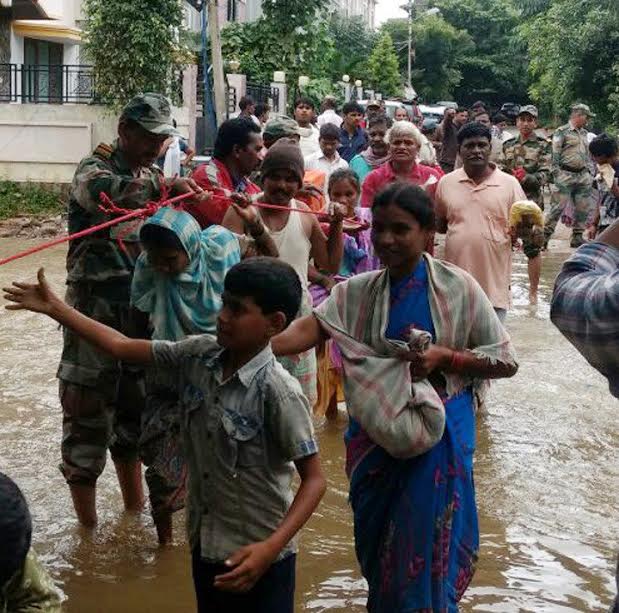 India Blooms News Service | | 24 Sep 2016, 02:25 pm
#Hyderabad, #Telangana, #Andhra, #heavy rains forecast for Hyderabad
Hyderabad, Sep 24 (IBNS): The Army has been alerted and a 60-member strong NDRF force is in Hyderabad after severe rains resulted in flooding in the city and elsewhere in Andhra and Telangana, according to media reports on Saturday.

The met office has said that the city is expected to receive more rainfall, especially over the next five days, media reported.

The All India Radio reported that four columns of Army personnel and a team of NDRFHQ began relief operations in Hyderabad on Saturday.

Telangana Chief Minister K Chandrasekhar Rao has control rooms to be set up in all the districts so that relief can be reached out to the marooned people at the earliest.

He has also instructed the state' s Irrigation Minister to stay alert, as the rains could lead to breaching of tanks.