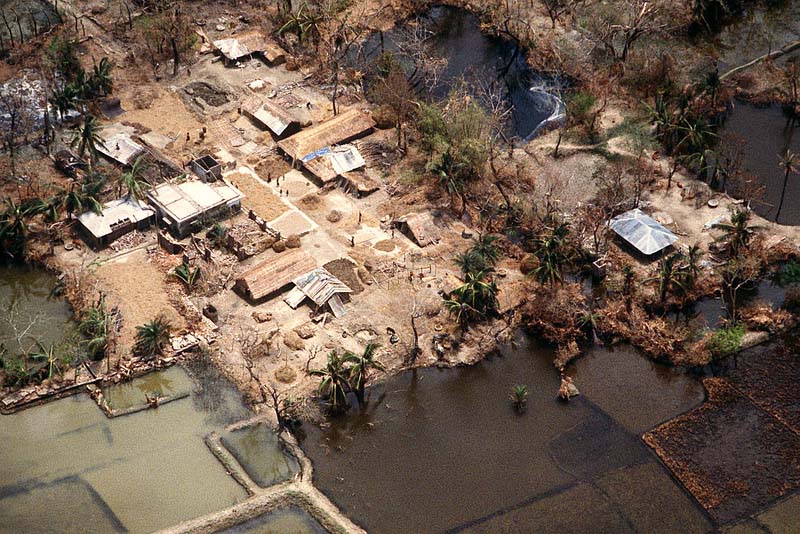 Dhaka: At least seven people died due to collapse of brick railing and falling down of trees as Cyclone Sitrang hit Bangladesh on Tuesday.

The incidents occurred in Dhaka, Nagalkot in Cumilla Daulatkhan and Charfesson in Bhola and Lohagara in Narail on Monday as the severe storm lashed Bangladesh with heavy rains and devastating wind, reports bdnews24.

In Cumilla’s Nangalkot, a couple and their 4-year-old daughter died in their sleep after a tree collapsed on their home at Hesakhan Pashchim Para around 11pm.

The victims are Nizam Uddin, his wife Sharmin Akter Sathi and their daughter Nusrat Akter Liza.

Raihan Mehboob, chief executive of the district administration, told the news portal that officials of the administration and police rushed to the spot after the incident.

Faruk Hossain, chief of Nangalkot Police Station, told bdnews24 they were trying to find out if there were any other people in the house.

The cyclone crossed between Barishal and Chattogram regions of Bangladesh with a deadly wind speed of up to 90 km per hour.

Bangladesh Meteorological Department asked the maritime ports to lower the warning from danger signal to cautionary signal No. 3 as the storm weakened to a land depression after crossing the coast on Monday midnight.

Meteorologist Abul Kalam Mollick told bdnews24 around 2am on Tuesday the land depression is likely to move in a northeasterly direction to India’s Assam via Cumilla and Brahmanbaria while weakening further.

According to reports, power cuts have been reported from the coastal regions of the country.

Water and air transport were badly hit by the cyclone.