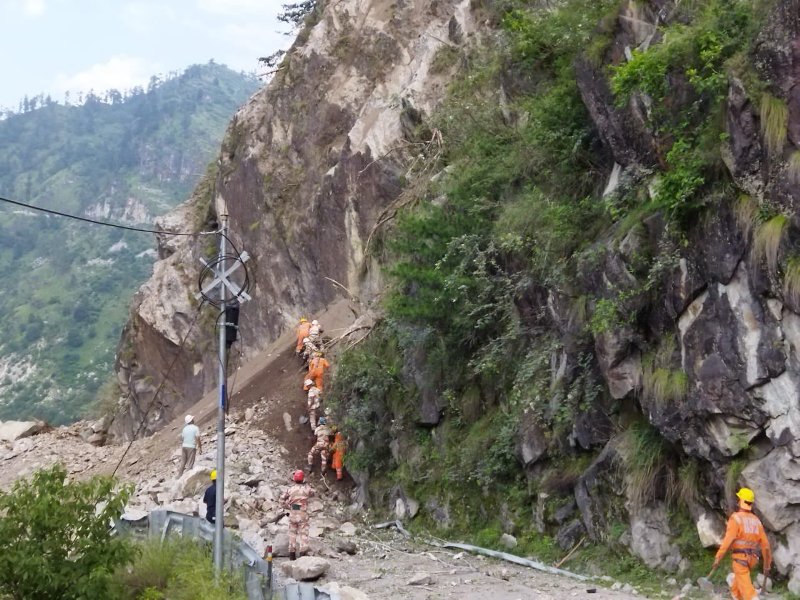 Guwahati: At least four people were buried alive following a massive landslide in Guwahati on Tuesday.

The incident took place at Nizarapar area near Boragaon area in the Assam’s capital city.

The landslide happened due heavy rainfall since Monday night.

Following the incident police and Fire & Emergency Services (F&ES) teams rushed to the spot and recovered the bodies of four persons from under the debris.

A senior official of Guwahati City Police said that, the persons were living in a rented house at the area and they were engaged in a building construction work.

Out of four, three were hailing from Dhubri and one from Kokrajhar and they were living in the rented house and were engaged in a building construction work.

The Kamrup (Metro) district administration has issued advisory for the residents of Guwahati city and adjoining areas not to venture out unless absolutely essential due to incessant rains, water logging and landslides.