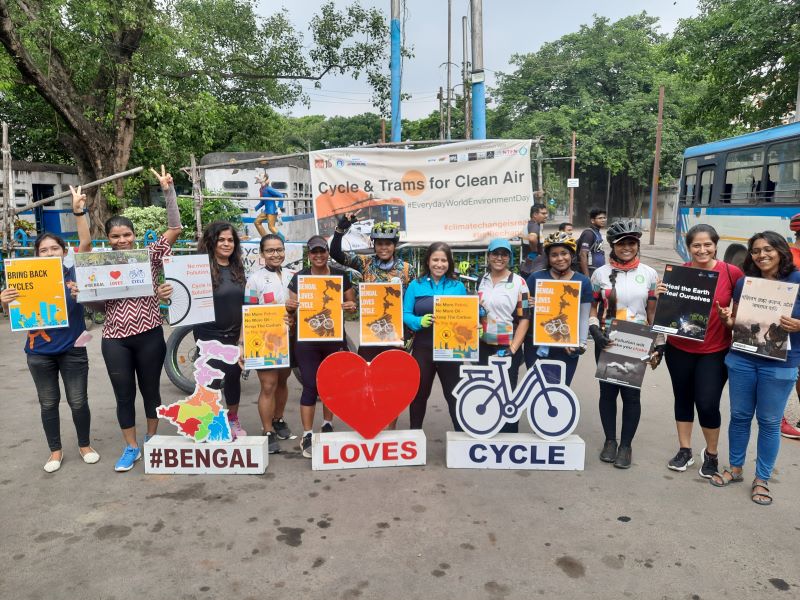 Kolkata:  The majority of the respondents of a perception study, conducted by an NGO working for environment conservation, feel that excess motor vehicles on West Bengal roads are the most important contributor to air pollution in the state.

SwitchON Foundation recently conducted a perception study with a survey with 3244 respondents from West Bengal who had been a part of various environment-themed events organized on significant days.

Thirty percent of the respondents perceive too many petrol/diesel-driven vehicles behind the poor air quality in Kolkata.

A total of 23 percent of the participants perceive Industries as the next big air polluters and 18 percent felt biomass burning to be the third significant factor contributing to air pollution.

Marking the occasion of World Environment Day on Sunday, SwitchON Foundation along with Calcutta Tram Users Association (CTUA) and multiple cycle groups organized an event to emphasise the importance of environment-friendly transport.

Hundreds of bicyclists, school students, volunteers and sustainable mobility enthusiasts across Kolkata gathered with Posters and Banners at the Esplanade Tram Depot to observe the day in the city. 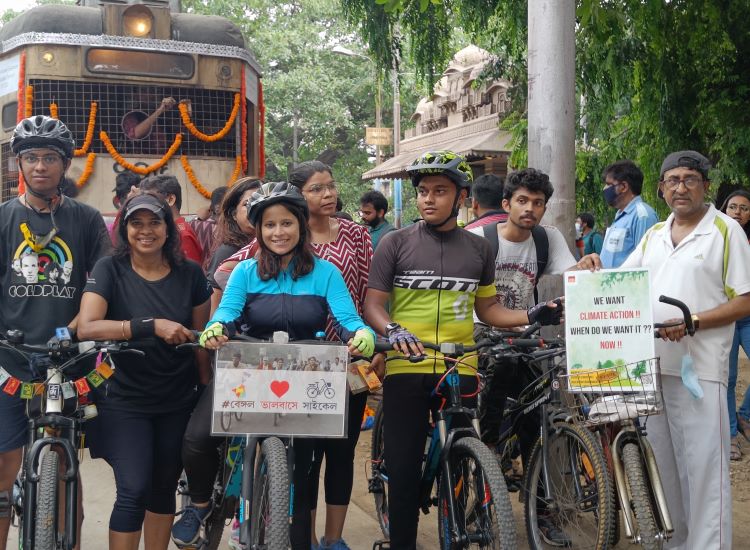 Speaking during the occasion, CUTA spokesperson Mahadeb Shi said, “What is needed is an investment in modernisation of tramways by changing the old coaches, making them fast-moving and restoring the original network of tram lines and ensuring consistent ”

The tram system is present in around 450 cities in the world. With over 50 new locations, adding trams to their transport system, mostly in China and the US, he noted.

Trams are beneficial for the environment and wherever this mode of transport is present it has become a vital part of the city.

This year also marks the 150th anniversary of the Kolkata Heritage Trams, once referred to as the lifeline of the city.

Over 200 cyclists across Kolkata were joined by Children from various schools of Kolkata participating in the event performed colorful cultural activities and took a Heritage Tram Ride from Esplanade to Gariahat tram depot took part in the event. 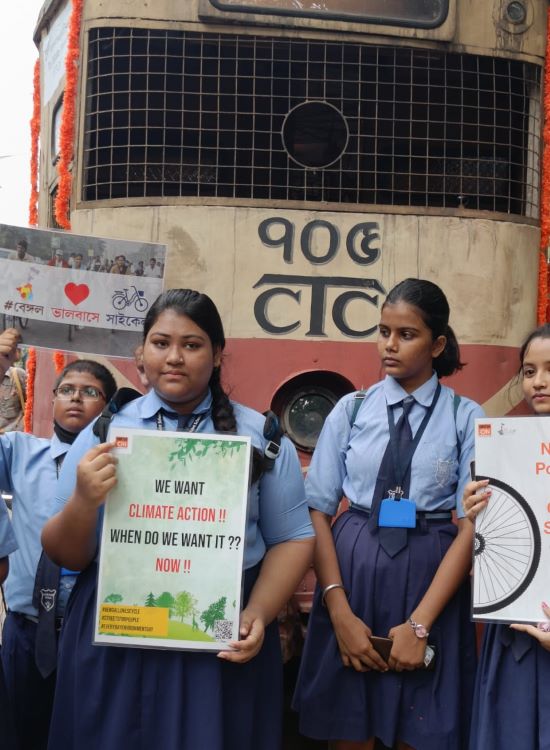 They highlighted the need to live sustainably, and in harmony with nature by bringing transformative changes – through policies and our choices – towards cleaner, greener lifestyles and mobility ideas.

Speaking at the event Rajanvir Singh Kapur, who flagged off the cyclists and tram ride said the state government is transforming the transport system in Kolkata.

"We have trams which are electric and eco-friendly. Very soon we will have electric ferries and transport to cover a huge part of the carbon footprint of a city," he said.

"A lot of us have Asthma and respiratory issues in the city. I can assure you the government is working in the right direction, Enjoy your cycling, enjoy your trams, this is your city and we are there to support you," he stated.

Speaking on the occasion, Vinay Jaju, MD SwitchON Foundation said “Vehicles are the biggest cause of pollution in Kolkata, this pollution is choking our children and elderly. We need to embrace clean and people-friendly ways to commute like cycle and trams.

He further added: “Air Pollution & Climate change is adversely impacting us all. Time for action is now. We all, people, businesses, and the government need to come together to preserve and protect planet earth.”

This gains further relevance as Kolkata is perhaps the only city in India besides Mumbai which has been marked globally as a city most likely to face serious climate-related disasters, a release from SwitchON Foundation noted.

Despite this, the approach of the current administration has been not much in favor of promoting cycling and other cleaner modes of transport like trams which have the potential to make Bengal a Carbon Neutral State by 2030, it added.

Some of the recommendations by SwitchON for effectively controlling pollution levels are promoting cycling and building safe infrastructure for the cyclists; setting up air pollution monitoring stations in city to monitor the ambient air quality; scale-up adoption of trams, electric vehicles, e-bikes etc.

It also stressed strong enforcement of government laws and regulations, implementation of the NCAP; increasing public awareness of air pollution and involving students in schools & colleges to change and an integral part of the curriculum.