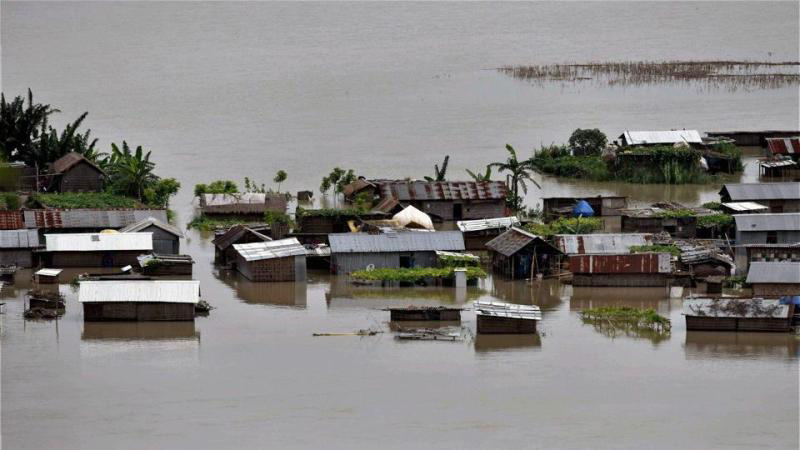 Guwahati/IBNS: The flood situation in Assam has been improving and the water level in most parts of the state is receding, reports said on Tuesday.

According to the report of the Assam State Disaster Management Authority, nearly 5.80 lakh people in 18 districts are still reeling under the deluge.

But the situation is still grim in Nagaon, Cachar and Morigaon districts.

The Assam State Disaster Management Authority reports stated that nearly 3.46 lakh people have been affected alone in Nagaon district followed by 1.78 lakh in Cachar district, and 40,941 in Morigaon district.

Two people died on Tuesday after drowning in floodwaters in Cachar and Nagaon districts, taking the death toll in floods and landslides to 26.

A total of 81,712 flood-affected people are currently lodged in 346 relief camps set up by the district administration.

The administration of flood-hit districts has also set up 182 relief distribution centres.

The water level of the Kopili river is still flowing above the danger level mark at Kampur and Dharamtul.