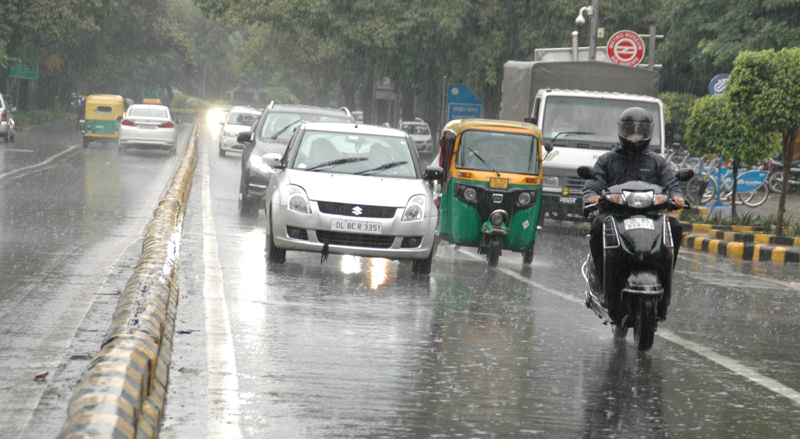 New Delhi: After a long spell of scorching heat, people of Delhi and NCR got much needed respite from the hot and humid weather as various parts of the national capital and adjoining areas received light to moderate rainfall, along with gusty winds, on Monday morning.

According to a report several parts of Delhi and nearby areas witnessed power blackouts due to heavy rain accompanied by strong winds early this morning.

Meanwhile the Minimum temperature in the city on Monday morning ( 5:30am ) was recorded at 23.1 degrees Celsius, three notches below normal.

According to IMD the maximum temperature is likely to hover around 39 degrees Celsius.

On Sunday, the maximum temperature was recorded at 39.3 ,one notch below normal.