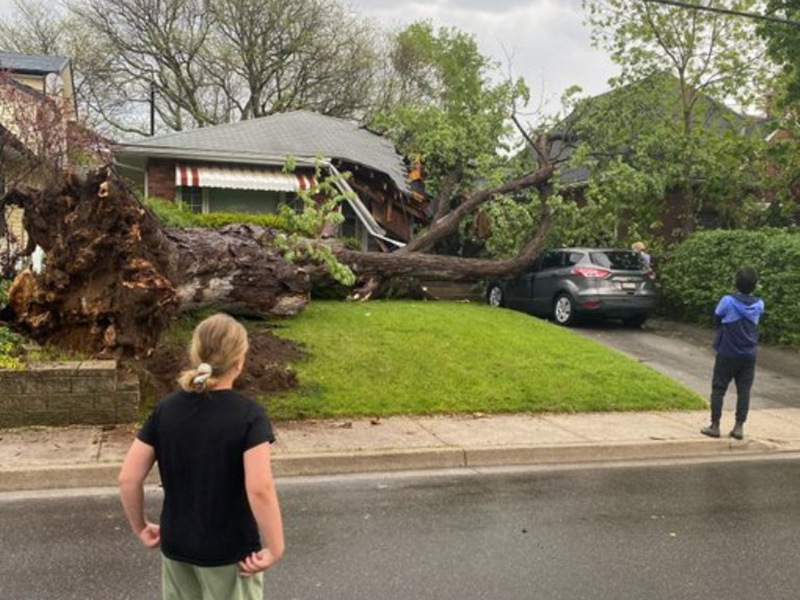 Ontario Police on Twitter informed that three people died and several more were injured due to a strong summer thunderstorm.

According to reports, one man was killed when a tree fell on the trailer he was staying in.

A woman in her seventies was also crushed by a tree while walking in the storm.

In Ottawa, another person was killed by the storm, but local police declined to give further details.

The fourth victim was a woman in her fifties who drowned when her boat capsized in the Ottawa River.

Nearly 900,000 homes in the two provinces were without power Saturday night, reports said.