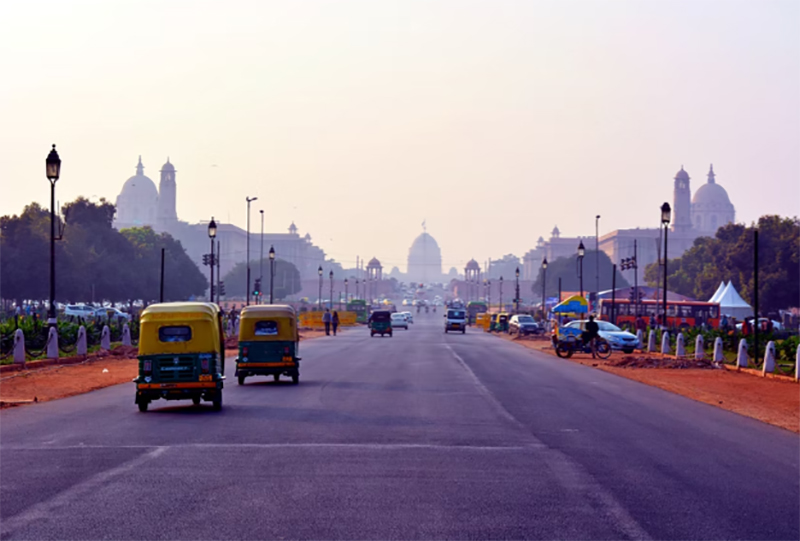 New Delhi, May 16 (UNI) After breaching an unprecedented heatwave condition in the capital, recording 49 degrees Celsius a day back, the MeT on Monday forecast dust storms and light rain for Delhi that will likely bring the mercury down in the week ahead. The maximum temperature was likely to hover around 41 degrees, as per the India Meteorological Department.

This will be at least five degrees less than the maximum recorded at many pockets on Sunday.

"The sky will remain generally cloudy with possible dust storms or thunderstorms along with rain or drizzle over scattered areas," IMD said. On Sunday, Najafgarh in southwest Delhi and Mungeshpur in northwest recorded the maximum temperature of 49 degrees, with most parts of the capital bordering Haryana and Rajasthan showing steep climb in maximum temperature. The maximum at Safdarjung, Delhi's base station, was recorded at 46 degrees on the same day, as the capital broke the record for highest recorded temperature for a second day in a row.

The IMD said the heatwave in the city is likely to simmer down starting Monday. Cloudy skies and thunderstorms may provide some relief from the intense heat this week. The minimum temperature settled at 30.8 degrees, four notches above normal, while relative humidity was recorded at 21 per cent. In other parts of the country, the weather agency said, heatwave conditions are likely to continue over Northwest and Central India and decrease in intensity from Tuesday.