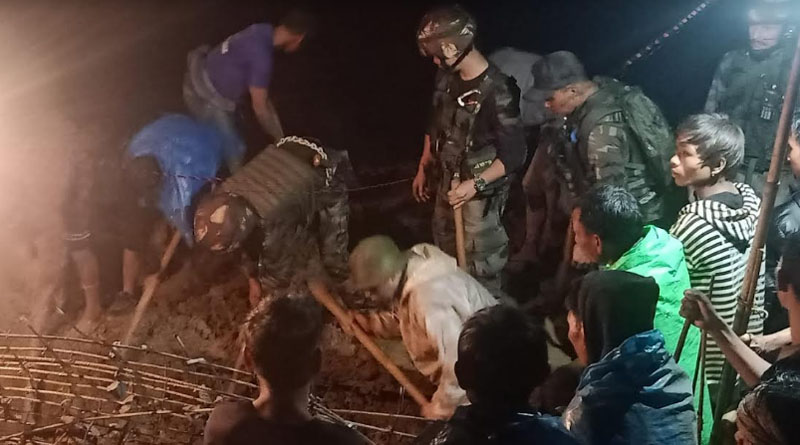 25000 people affected in first wave of flood in Assam, three killed in landslides in Dima Hasao

Guwahati: As many as 25000 people in six districts of Assam have been affected in the first wave of flood in the state this year.

Following incessant rains in Assam and neighbouring states of Meghalaya, Arunachal Pradesh in past couple of days, the water level of several river are gradually increasing and the water level of Kopili river is flowing above danger level mark.

According to the flood reports of Assam State Disaster Management Authority (ASDMA), till Saturday (May 14), a total of 24681 people of 94 villages in six districts – Cachar, Dhemaji, Hojai, Karbi Anglong West, Nagaon and Kamrup (Metro) have been affected in the first spell of flood.

The flood waters have also submerged 1732.72 hectares of crop land in the flood hit districts.

More than 21000 people have been affected alone in Cachar district.

Due to incessant rain, embankment at Goroimari area in Hojai district was partially damaged and embankment in Kopili river at Saibuk Gaon in Nagaon district breached.

On the other hand, three people including a woman died in landslide incidents at Haflong area in Dima Hasao district on Saturday.

In view of water logging and landslides due to heavy rain, at Km 113/4-5 between Jatinga Lumpur and New Harangajao, at Km 131/1-2 between Bandarkhal and Ditokcherra sections and several other locations in Lmding-Badarpur hill section in Dima Hasao district under Lumding division, the Northeast Frontier Railway has cancelled several trains, partially cancelled, short terminated few other trains.