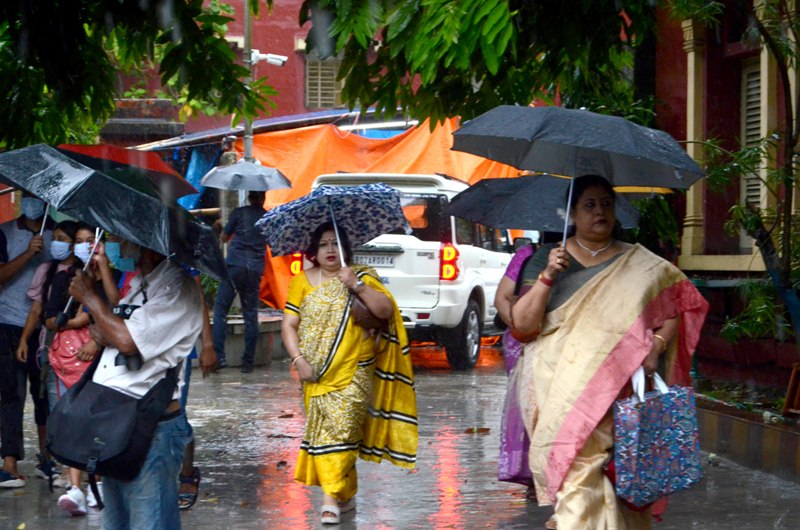 Kolkata/UNI: Cyclone Ashani gradually lost its strength and turned into a deep depression, the weather office forecast stated on Tuesday, adding that scattered rains will be received in the southern part of West Bengal including Kolkata, Howrah, Purba Medinipur, North and South 24 Parganas and Nadia districts.

The meteorological office has forecast light to moderate rains with thunderstorms in Nadia and Murshidabad districts.

The weather department has predicted rainfall in Kolkata and adjoining districts between Tuesday and Thursday and an alert has also been issued.

Meteorologists advise staying in a safe place for fear of lightning.

In order to prevent lightning strikes during storms, it has been decided to turn off the electricity connection at the Triphala lighthouse.

In addition, 60 vehicles have been filled to keep the water supply running, an official said.

The NSCBIA is keeping the previous experiences of cyclones Amphan and Yaas in their mind and has decided that both the runways and taxi lines at the airport will be prepared in advance to face emergencies.

The officials said that if needed, flights from the nearby airports could be diverted to Kolkata. All stakeholders have also been alarmed.