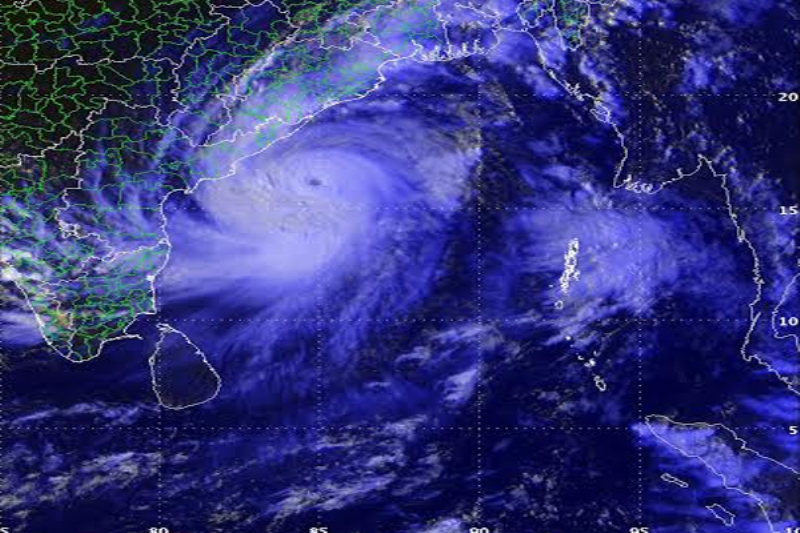 Depression over Bay of Bengal to intensify into Cyclonic storm on May 8: IMD

Kolkata: A depression over Southeast Bay of Bengal and adjoining Andaman Sea is likely to intensify into a cyclonic storm on May 8, IMD sources on Saturday said.

The Well Marked Low Pressure Area over Southeast Bay of Bengal and adjoining Andaman Sea has moved northwestwards, concentrated into a depression and lay centered over over the same region about 1300 km south-southeast of Puri on Saturday.

Met sources said it is very likely to move northwestwards and intensify into a Cyclonic Storm over eastcentral Bay of Bengal on May 8.

The cyclonic storm is very likely to continue to move northwestwards till May 10 evening and reach Westcentral and adjoining Northwest Bay of Bengal off North Andhra Pradesh & Odisha coasts.

Thereafter, it will recurve north-northeastwards and move towards Northwest Bay of Bengal off Odisha coast.

IMD Director Mrutunjaya Mohapatra said the cyclonic storm will not cause any landfall either in Orissa or Andhra Pradesh coast.

Under the impact of the cyclonic storm light to moderate rainfall very likely to commence from May 10 evening at many places over the coastal Odisha districts and Heavy Rainfall (7 -11cm)is very likely to occur at one or two places over Gajapati, Ganjam, and Puri districts.

On May 11 coastal Odisha districts will experience o light to moderate rainfall while rainfall (7-11cm) likely to occur at one or two places over Ganjam, Khordha, Puri,Jagatsinghpur and Cuttack districts.

The Gale wind speed reaching 65-75 kmph gusting to 85 kmph is likely to prevail over central parts of Bay of Bengal on May 9.

The fishermen who have gone to sea are advised to return to the coast by May 10 .

Sources said a flood situation may likely occur and water logging may arise in low lying areas .The state government had already alerted the district collectors to chalk out strategies to meet any eventuality.