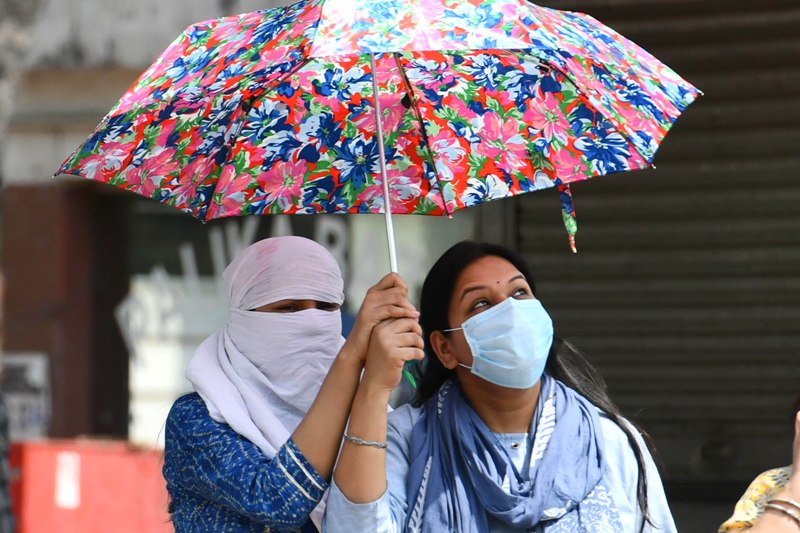 New Delhi/IBNS: Amid a massive heatwave building up in northwest India, Delhi recorded a maximum temperature of 43.5 degrees, the highest in April in 12 years.

Neighbouring Gurgaon crossed 45 degrees, the highest ever temperature in April.

The high temperatures in Gurgaon come on a day when the weather department has warned that five states will witness their "hottest summer ever".

A heatwave warning has been announced for Rajasthan, Delhi, Haryana, UP and Odisha.

The conditions will prevail for the next five days in Northwest and Central India, the India Meteorological Department warned and sounded a "Yellow alert" in Delhi earlier.

"Heatwave conditions over Northwest & Central India during the next 5 days and over East India during next 3 days and abate thereafter," said the weather agency.

"Rain/Thunderstorm accompanied with lightning/gusty winds likely to continue over Northeast India," it added.

It said the rise by about 2°C in maximum temperatures is very likely over most parts of Northwest India during the next 2 days and no significant change thereafter.

The weather agency also notified that heatwaves could lead to "moderate" health concerns for vulnerable people.

"Hence people of these regions should avoid heat exposure, wear lightweight, light-colored, loose, cotton clothes and cover the head by use of cloth, hat or umbrella, etc," IMD advised.