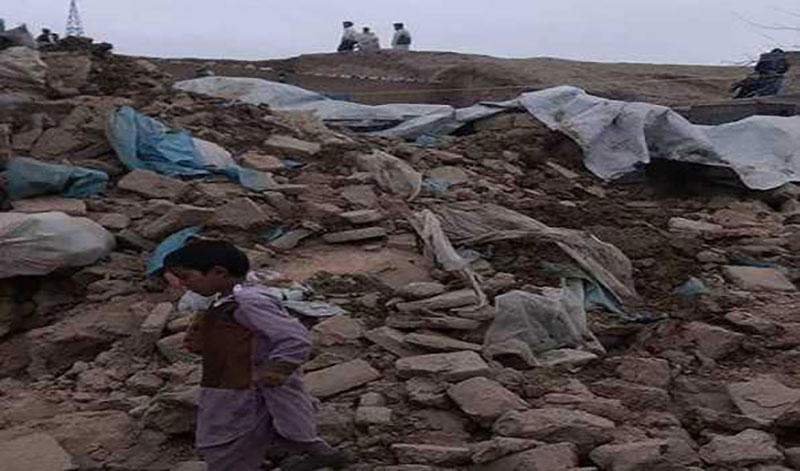 Qala-E-Naw, Afghanistan/UNI/Xinhua: The death toll from a magnitude 5.6 earthquake in Afghanistan's western province of Badghis has risen to 22, a provincial official said Tuesday.

"The latest figures by our local sources showed that 22 people died and five others were wounded following Monday's earthquake in Qadis district, the worst-hit area, " Baz Mohammad Sarwari, director of information and culture for Badghis province, told Xinhua.

At least 1,000 houses were destroyed in Qadis, neighboring Muqur district as well as in the provincial capital Qala-e-Naw, according to the official.

"Local authorities were paying visits and monitoring the situation in affected areas in Badghis. They will try to coordinate the delivery work of relief assistance to the affected people," the official said.

The U.S. Geological Survey said the earthquake with a magnitude of 5.6 hit 40 km east of Qala-e-Naw, the provincial capital of Badghis which borders Turkmenistan.

Several aftershocks were also felt in the region.