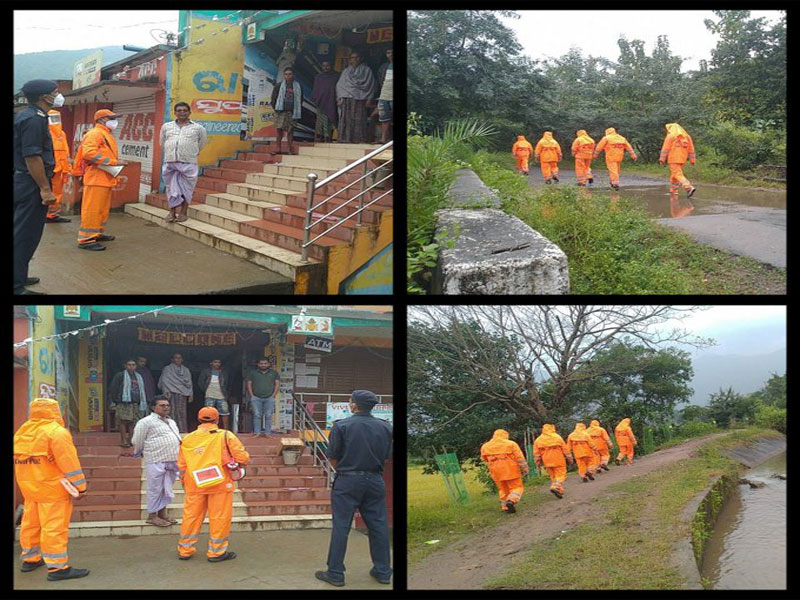 Hyderabad/IBNS/UNI: The Cyclonic Storm ‘JAWAD’ (pronounced as JOWAD) over west central Bay of Bengal moved nearly northwards with a speed of six kmph during the past 6 hours and lay centered at 0830 hours on Saturday, over west central Bay of Bengal near Lat. 16.4°N and Long. 84.8°E, about 210 km east-southeast of Vishakhapatnam (Andhra Pradesh), 320 km south of Gopalpur (Odisha), 390 km south-southwest of Puri (Odisha) and 470 km south-southwest of Paradip (Odisha).

It is likely to move nearly northwards and weaken gradually during the next 12 hours, India Meteorological Department (IMD) said in a bulletin a short while ago.

It said the Cyclonic storm then move north-northeastwards along Odisha coast reaching near Puri around noon on Dec 5 as a Deep Depression.

Subsequently, it is likely to weaken further and continue to move north-northeastwards along Odisha coast towards West Bengal coast.

Under the guidance of Prime Minister Narendra Modi, proactive disaster preparation and management are being institutionalized.

The Prime Minister has personally reviewed the preparation for Disaster Management and has also given instructions to various Ministries to work with State Governments, industry and all other stake holders to ensure minimal damage to life and property, read a government statement.

Goyal said that public private partnership is necessary for Disaster Management and mitigation and for protecting the lives and livelihoods of those affected.

Observing that the cyclone seems to be a milder one, the Minister said that we must constantly upgrade our learnings and keep upgrading our capabilities.

He also called for preparedness in the banking and insurance sectors to tackle the effects of the cyclone.