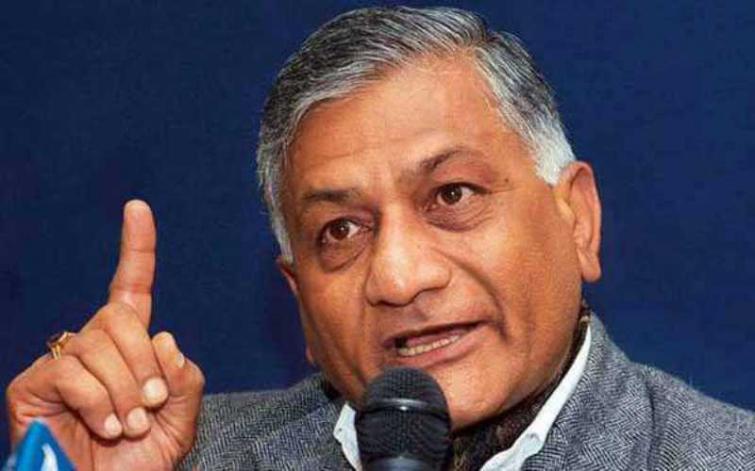 Kolkata/IBNS:  Hydrogen Fuel cell is the future and will bring about a cataclysmic change in the energy eco-system, according to Union minister General V K Singh of State for Road Transport & Highways and Civil Aviation.

Speaking at the webinar on ‘Adoption of alternative fuel for efficient logistics and reducing carbon footprint’ organized by the ASSOCHAM on Friday, the Minister of State for Road Transport and Highways highlighted the Centre's initiatives to promote alternative fuel to diversify the fuel usage within the transport sector and at the same time reduce the CO2 footprint from vehicle fleet.

“The future is hydrogen cell technology and will bring a cataclysmic change in the whole energy eco-system. With solar energy available for less than 2 rupees a unit, we are looking at green hydrogen which is produced using renewable energy,” the minister said.

The transport sector can be divided into four segments road, rail, aviation and shipping and road transportation is the dominant and hence a major contributor of our carbon footprint, he pointed out.

"Bio-fuels are an important component in our bid for green energy and reduce our carbon footprint. We are committed to sustainable development. A greater and more sustained effort is being put into adopting alternative fuels. Ethanol blending for automotive fuel is already notified and for diesel vehicles, a 95 percent Ethanol with 5 percent additives (ED95) is already notified” added the Minister.

Niti Aayog member Dr. V. K. Saraswat addressing the webinar as the Guest of Honour said, “India already has a strong policy for transition in the energy sector. There is a major push today for blended fuel, Electric Vehicles and ultimately onto hydrogen."

Hydrogen is the cleanest possible fuel for all applications and the Prime Minister had already announced a hydrogen mission, he stated.

Methanol is another low emission fuel that is already used widely in the world and there is a strong case for considering it as an alternate fuel.

"The Bureau of Indian Standards has already prepared standards for methanol blended fuel and the Indian Oil Corporation’s first M-15 dispensing station is projected to become operational by January 2022,” he said.

Y.B Ramakrishna, Member Working Group on Bio Fuels, MOPNG said, “Major initiatives have been taken to replace fossil fuels with liquid and gaseous fuel and towards that end we are focusing on programs like the Ethanol program, bio-diesel and compressed bio-gas programs."

He said India has moved from 1.4 percent blending to about 8.6 percent ethanol blending in the past seven years.

"With policy and certain market interventions made by the government, we are confident of achieving a 10 percent blending target by 2022. Further, the target for 20 percent blending by 2030 has been advanced to 2025. The government is in touch with vehicle manufacturers to create an eco-system where all two and three-wheelers use CNG, CBG or Ethanol by 2030,”  Ramakrishna said.

Vineet Agarwal, ASSOCHAM President said the cost of logistics is very high in the country and this needs to be reduced, adding that our dependence on imported fuels is very high and needs to be brought down as well.

"The transition to decarbonize transport will be a costly affair if we made the jump suddenly. We have to start with blending, move on to LNG and then onto Hydrogen," he noted.

The challenge facing is how we can transition towards green fuels and the movement from ICE vehicles will necessitate the development of compatible vehicles, he said.

"Continuation of economic incentives like FAME will continue to benefit this sector and with the combined and concerted efforts of ministries like power, energy, transport, heavy industries and ministry of finance we look forward to a comprehensive long term solution,” he opined.

Nishant Arya, Chairman, Green Mobility Council, ASSOCHAM and Vice Chairman, JBM Group said, “Goods and passenger transportation will drive the transition to alternative fuels. Electric vehicle is taking off in India due to FAME-I and FAME-II and also the PLI for electric vehicles and battery packs announced by the government”.