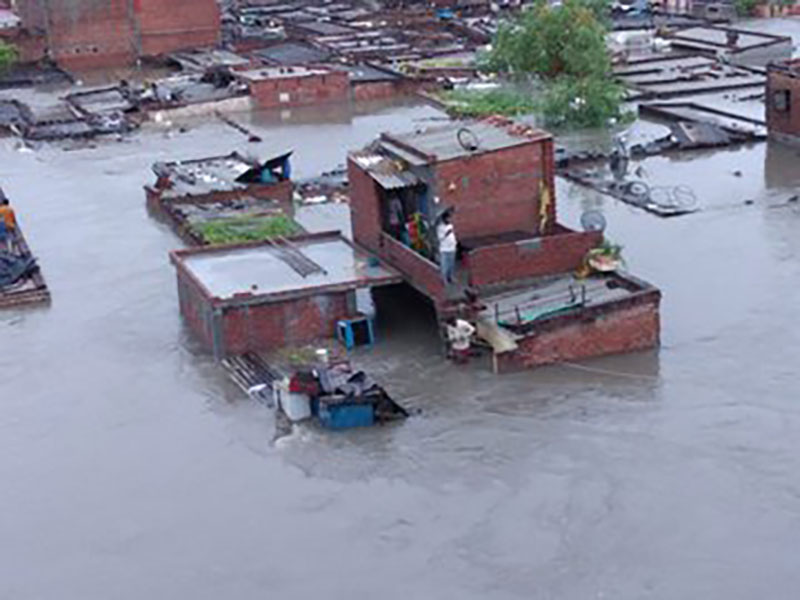 Nainital/UNI: Twenty-nine people have been killed due to heavy rains in Uttarakhand's Nainital and Almora after heavy rains pounded the Kumaon region over the last three days.

The two districts are the worst affected as bridges and houses have collapsed, landslides have buried several people and left many missing, said officials.

Twenty-five people have died in Nainital alone. Excessive rain in Doshapani of Mukteshwar in Nainital district caused a house to collapse on Monday night killing five of a family.

Relief and rescue operations by the State Disaster Management Force and police were underway as five labourers have also been killed. While two were from Uttar Pradesh's Ambedkar Nagar, three belonged to West Chamapran in Bihar.

Sub-Divisional Magistrate Yogesh Singh Mehra said several bodies in Doshapani have been retrieved. The administration is gathering information about the casualties.

In another incident in the Ramgarh area of Mukteshwar, seven people were reported trapped under the debris. SDM Mehra said that relief and rescue operations were underway and two bodies have been recovered so far.

In Rapad village of Bhikia Sain of Almora district, four people of the same family were swept away in a landslide following heavy rains.

Anand Singh's house was hit by a landslide that occurred between 2 and 3 a.m. in Rapad village, in which Singh, his wife Usha Devi, grandson and a granddaughter were buried under the debris.

Villagers immediately launched relief and rescue operations on the spot. Usha Devi was immediately taken out. She has been admitted to the hospital. Singh's granddaughter Kiran has also been recovered from the debris. Two people are still said to be missing.

In Heera Dungri, adjacent to the Almora district headquarters, a mother-daughter duo were injured when a wall collapsed. The villagers rushed both to the district hospital, but the daughter succumbed on the way.

On the Almora-Nainital highway near Quarb, two labourers reportedly died after being buried under debris, but this could not be confirmed.

Due to incessant rains over the last three days, there has been major damage in Nainital district. The Gaula river is flowing above the danger-mark.

The railway line in Kathgodam has also been damaged. Railways have stopped operation on the route.

A major part of the bridge over the Gaula river has collapsed, cutting off the connectivity with Gaulapar and the sports stadium area. The administration has stopped movement on the bridge. Similarly, the bridge connecting Khairna-Betalghat has also suffered damage.

Many roads have been blocked due to debris. In Ramnagar, the Garjiya temple is under threat as the water level in Kosi river is rising.

All sluice gates of the Kosi Barrage have been opened. The administration has also opened all the flood gates of the Nanak Sagar Dam in Udham Singh Nagar as water breached the danger mark and posed threat of flooding in the Terai area.