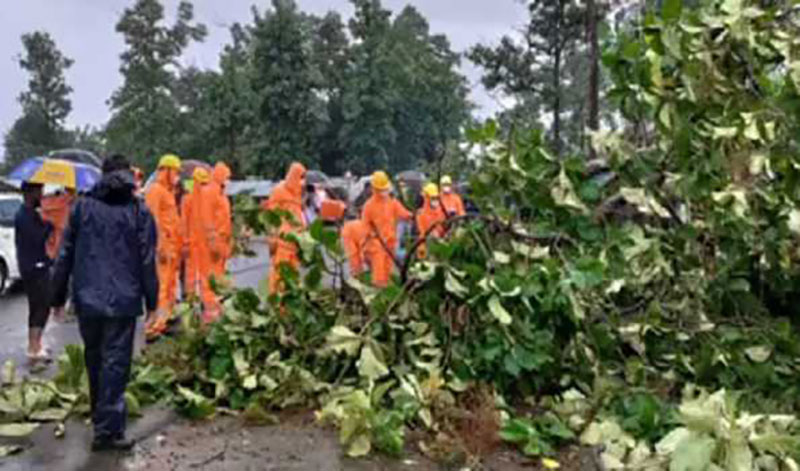 Heavy downpour from the early hours till the afternoon on Monday created havoc in many areas in Guntur, Krishna, West Godavari, East Godavari, Visakhapatnam, Vizianagaram and Srikakulam districts.

The Chief Minister announced Rs.5 lakh compensation to the deceased in the cyclone hit areas.

He directed the Collectors to extend Rs.1000 to each family whose houses were inundated in the rainwater.

The Officials told the Chief Minister that arrangements were made to provide food, water and medicines to the victims who were in relief camps.

Officials also informed Mr Reddy that 64 relief camps were set up in 12 Mandals in Srikakulam district in which 1,514 victims were taking shelter.

Several residential colonies in the low lying areas in the districts were inundated in rain water.

Several localities plunged into darkness due to power failure as trees and electrical poles uprooted at many places.

Crops were inundated in thousands of acres in the district.

Over 100 mm rainfall recorded in 20 mandals in West Godavari district. Vehicular traffic disrupted in many villages to district headquarters Eluru as flood water overflowed on roads.

Adityanath Das camped in Srikakulam and monitored the relief operations.