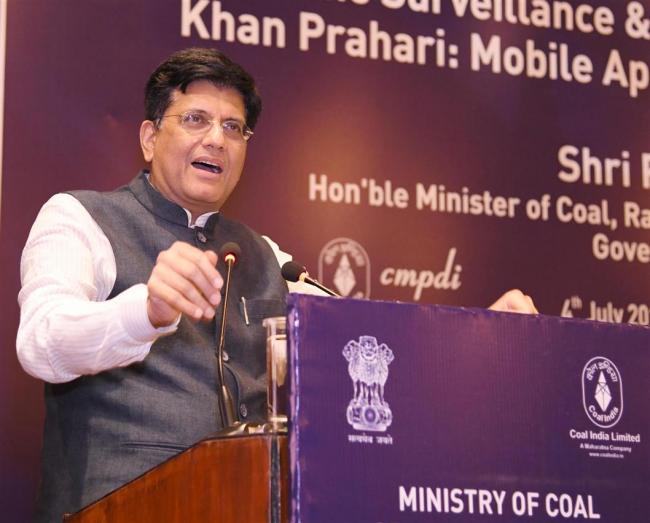 New Delhi, July 24 (IBNS): Finance Minister Piyush Goyal on Tuesday claimed that Indian money deposited in Swiss Bank has reduced by 34.5 percent in 2017 and by 80 percent since the Narendra Modi government came to power in 2014.

Goyal made this statement in the Rajya Sabha and rejected reports which cited the Swiss National Bank as stating in its annual report that Indian deposits had risen by 50 per cent in 2017.

While making this claim, Goyal cited data from the Bank for International Settlements (BIS), global body of central banks.

The Finance Minister also informed the lawmakers that he had taken up the issue with the Swiss authorities who have informed him in a written reply that media reports failed to take account of the way the SNB figures have to be interpreted.

The Indian money deposited in Swiss banks had fallen by 45 percent in 2016 but in 2017, the total funds held by Indians directly with Swiss banks rose to 999 million Swiss franc (Rs 6,891 crore), media reports had said.

The claim was made even after the Centre constituted a Special Investigation Team (SIT) to  to probe cases of alleged black money of Indians stashed abroad in places like Swiss bank as per the Supreme Court's direction.