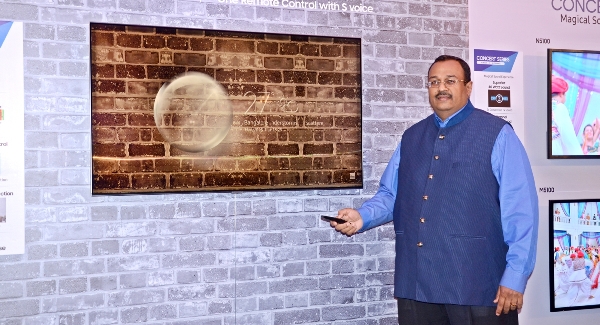 Samsung unveils their 2018 lines of TV sets in Kolkata

The new television sets unveiled by the company included models in the flagship QLED, midrange UHD and 'Make for India Concert' series.

Samsung has launched the products in the Indian market.

"We want to fuel this trend by increasing our UHD line up by 60 percent and launching new products with innovative features such as Ambient mode and much superior sound quality," he said.

"With the ambient mode you can covert the QLED TV into a canvas that expresses your mood and can also act as a window to the world," he said.

The company said there will be 8 QLED TV models in 2018  ranging from 55-inch to 75-inch, covering flat as well as curved variants.