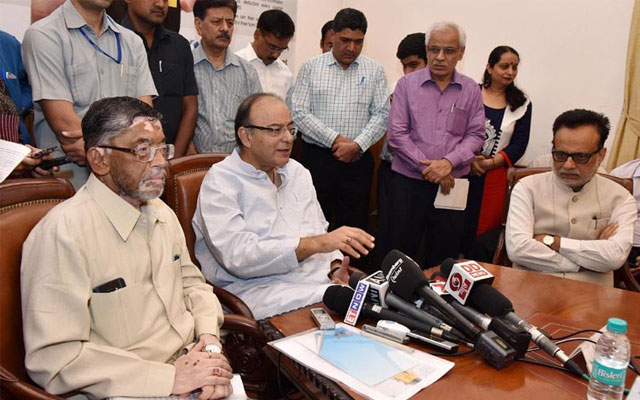 This meeting coincided with the maiden visit of the UK Prime Minister Theresa May to India.

The paper on developing Responsible Shareholder Engagement focused on introducing an Indian Stewardship Code that will promote responsible capitalism through increased oversight on small investor savings.

The Co-Chairs expressed their gratitude for the support the IUKFP has received for its recommendations on the corporate bond market and the new insolvency regime in India.

The Co-Chairs also briefed the Finance Minister on the continued collaboration between practitioners and regulators in India and the UK as India implements the new Insolvency and Bankruptcy Code 2016.

The Co-Chairs sought the guidance of the Finance Minister  Jaitley on the future course of the partnership and additional focus.

The Finance Minister expressed his satisfaction on the working of this partnership.

The IUKFP was formed in July 2014 to increase collaboration between the financial sectors in India and the UK and provide policy inputs to both governments.

Since then, the IUKFP has been working closely with over 30 CEOs in India and a similar number in the UK as well as with key financial regulators in both countries.