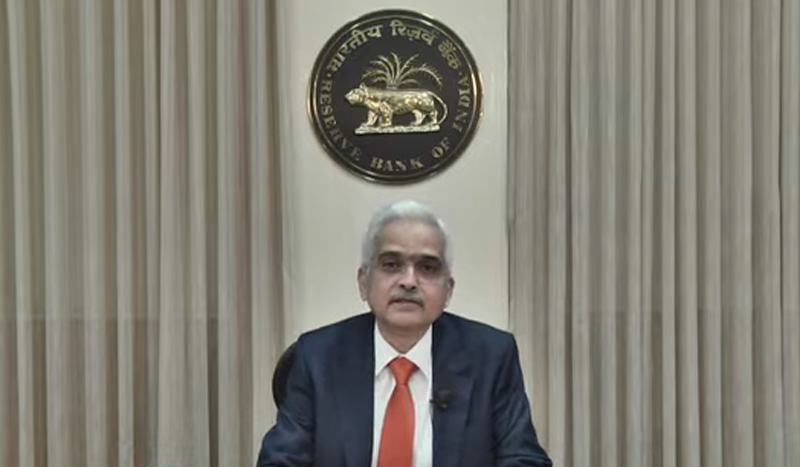 The hike has led the figure to touch a three-year high of 5.9 percent.

In his address, Das said: "The global economy is in eye of storm."

He said despite the situation, India has so far withstood shocks over the last two years.

The Governor announced a series of four additional measures, as given below.

Banks currently follow incurred-loss approach, where provisions are made after stress has actually materialized, this is to be replaced by a more prudent approach which requires banks to make provisions based on assessment of probable losses.

Discussion paper on securitization of Stressed Assets Framework (SSAF) to be released.

RRBs are currently allowed to provide internet banking facility to customers subject to fulfillment of certain criteria, to spread digital banking in rural areas, these criteria are being rationalized, revised guidelines to be issued separately.

Online Payment Aggregators (PAs) have been brought under the purview of RBI regulations since March 2020. It is now proposed to extend these regulations to offline PAs, who handle proximity/ face-to-face transactions. This measure is expected to bring in regulatory synergy and convergence on data standards.

Against the current challenging global environment, economic activity in India remains stable, stated the RBI Governor. "While real GDP in first quarter of this year turned out to be lower than expectations, it is perhaps the highest among major global economies", he added.

Inflation inched up to 7.0 per cent in August from 6.7 per cent in July, stated the RBI Governor. Global geopolitical developments are weighing heavily on the domestic inflation trajectory, he said.

The RBI Governor stated that monetary policy has to carry forward its calibrated action on policy rates and liquidity conditions consistent with the evolving inflation growth dynamics. It must remain alert and nimble, he stated.