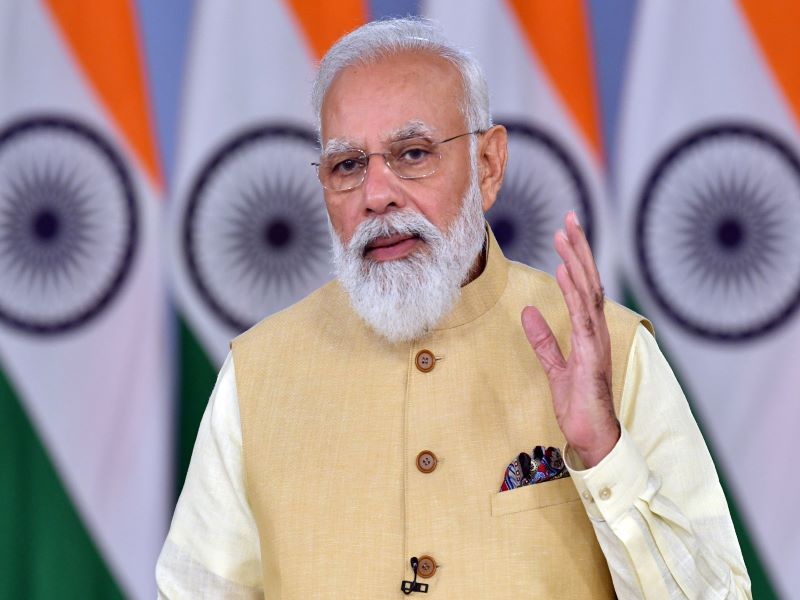 New Delhi: Prime Minister Narendra Modi has urged the states to pay their power dues which amount to Rs 2.5 lakh crore, and called on the states to rise above politics that has dominated the power distribution system and landed many states in trouble.

“It is not the time for politics, it is time for a national policy,” Modi said on Saturday, in his strongest message to states so far.

Launching the revamped power sector distribution scheme on Saturday, Modi said, "In politics people should have the courage to tell the truth but we see that some states try to avoid it. This thought process has pushed the power sector in many states into huge problems."

Companies responsible for activities ranging from the generation of electricity to its delivery have about Rs 2.5 lakh crore of money which is stuck, he said, urging the states to clear their dues as soon as possible.

He said this indicates a massive wastage of electricity and the country must produce more power to meet demand, underscoring the absence of adequate investment in cutting down distribution and transmission losses in many states.

Most political parties have used the promise of free electricity to woo voters in state elections.

Recently, Aam Admi Party (AAP) has promised free electricity for up to 300 units if voted to power in Gujarat.

In Punjab, it slashed the electricity rates by Rs 3 per unit effective from November which will result in a loss of Rs 3,200 crore to the state exchequer annually.

In Himachal Pradesh, the ruling BJP has promised free electricity of up to 125 units.

In the last Uttar Pradesh elections, Samajwadi Party, Congress and AAP had promised free power if voted to power.

Earlier, in February, Power and Renewable Energy Minister RK Singh had asked the states to refrain from giving power subsidies if their budgets could not cover such an expense and warned the states against its disastrous outcomes.

The revamped power sector distribution scheme was approved in June by the Union Cabinet and so far Rs 1.9 lakh crores have been sanctioned to the states under the scheme.

The Prime Minister also launched Rs 5,200 crore worth of renewable energy projects to be completed by NTPC and a national solar rooftop portal.