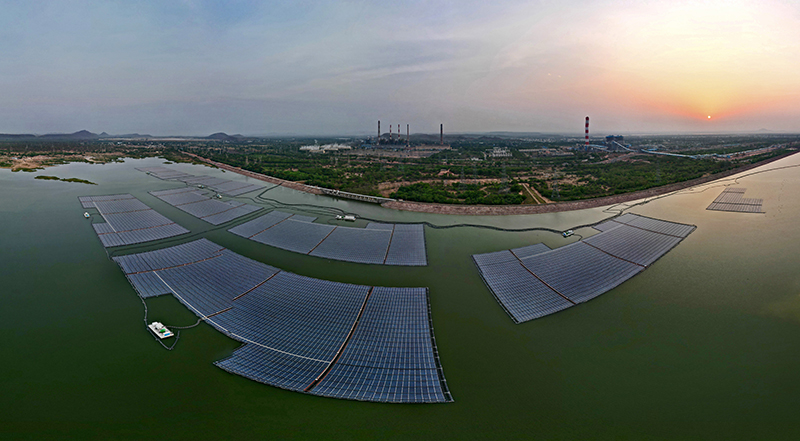 The final part capacity of 20 MW out of 100 MW Ramagundam Floating Solar PV Project at Telangana's Ramagundam was declared commercially operational with effect from 00:00 hours of July 01, 2022.

With the 100-MW Solar PV Project at Ramagundam, the total commercial operation of Floating Solar Capacity in the Southern Region rose to 217 MW.

Largest in the segment in the country, the 100-MW Floating Solar project at Ramagundam is endowed with advanced technology as well as environment-friendly features.

Constructed with a financial implication of Rs 423 crores through BHEL as EPC (Engineering, Procurement and Construction) contract, the project spreads over 500 acres of its reservoir, divided into 40 blocks, each having 2.5 MW.

Each block consists of one floating platform and an array of 11,200 solar modules.

The floating platform consists of one Inverter, Transformer, and HT breaker. The solar modules are placed on floaters manufactured with HDPE (High Density Polyethylene) material. 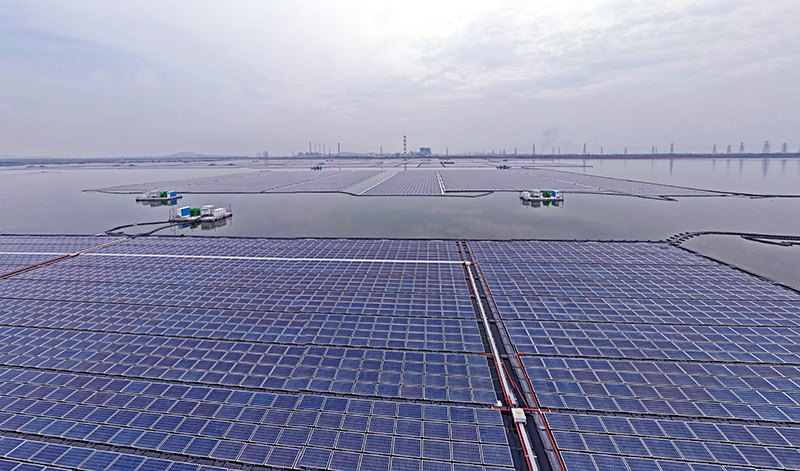 The entire floating system is being anchored through special HMPE (High Modulus Polyethylene) rope to the dead weights placed in the balancing reservoir bed. The power is being evacuated up to the existing switch yard through 33KV underground cables.

This project is unique in the sense that all the electrical equipment including inverter, transformer, HT panel, and SCADA (supervisory control and data acquisition) are also on floating Ferro cement platforms. The anchoring of this system is bottom anchoring through dead-weight concrete blocks.

From the perspective of environmental protection, the most obvious advantage is the minimum land requirement mostly for associated evacuation arrangements.

Further, with the presence of floating solar panels, the evaporation rate from water bodies is reduced, thus helping in water conservation.

Approximately, 32.5 lakh cubic meters per year of water evaporation can be avoided.