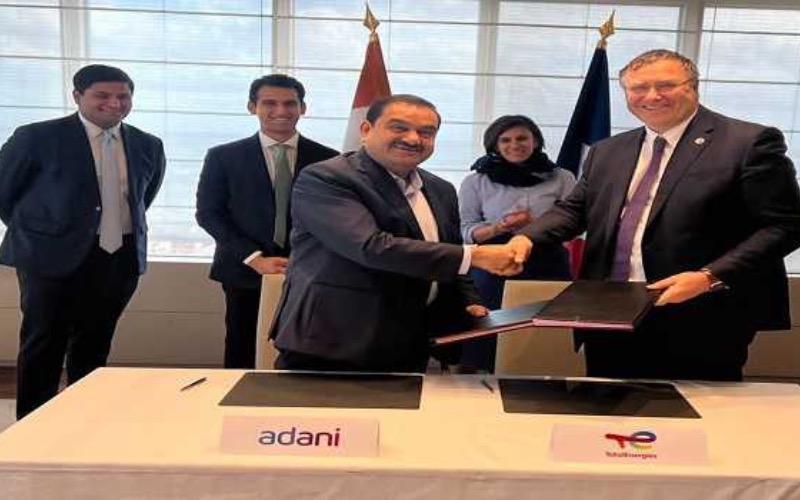 TotalEnergies to buy 25% stake in Adani New Industries, to focus on green hydrogen

The third largest emitter of carbon dioxide India plans to produce five million tonnes of green hydrogen per annum by 2030 to achieve the target of being a net-zero carbon emitter by 2070, according to media reports.

ANIL plans to invest over USD 50 billion over the next 10 years in green hydrogen and associated ecosystems.

In the initial phase, it will develop a green hydrogen production capacity of one million ton per annum before 2030.

In order to control green hydrogen production costs, ANIL will be integrated along the value chain, from the manufacturing of equipment needed to generate renewable power and produce green hydrogen, to the production of green hydrogen itself and its transformation into derivatives, including nitrogenous fertilizers and methanol, both for the domestic market and export, the official company release said.

This partnership will open up a number of exciting downstream pathways,” he said.

Chairman and CEO of TotalEnergies Patrick Pouyanné said, “TotalEnergies’ entry into ANIL is a major milestone in implementing our renewable and low carbon hydrogen strategy.

Except for decarbonizing the hydrogen used in its European refineries by 2030, TotalEnergies has set sights on pioneering the mass production of green hydrogen to meet demand, as the market will take off by the end of this decade."