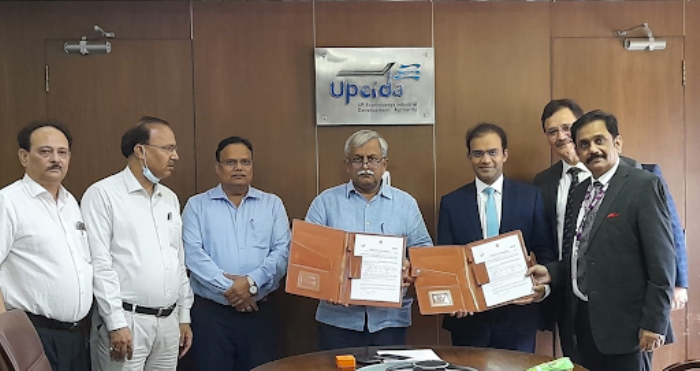 Lucknow: The Government of Uttar Pradesh signed a Memorandum of  Understanding on the eve of the  Global Investors’ Summit in Lucknow to set up South Asia’s largest integrated manufacturing facility in Uttar Pradesh Defence Industrial Corridor.

In his address at the UP summit, Adani Group Chairman Gautam Adani highlighted the importance of having self-reliance in high-quality ammunition and the manufacturing complex is Adani Defence’s endeavour towards equipping our Armed Forces with state-of-the-art battlefield equipment.

CEO, UP Expressways & Industrial Development Authority (UPEIDA) and Additional Chief Secretary, Awanish Kumar Awasthi, said this project is going to prove as a landmark in the history of indigenous defence manufacturing

"The ammunition complex will have state-of-the-art technology across small and medium calibre ammunition, along with short-range air defence missiles. It shall be a key facilitator in India’s goal of achieving US$5.0 billion exports in defence manufacturing.

The complex, which is spread over 250+ acres and an investment of around 1,500 crore is slated to have state-of-the-art technology across small and medium calibre ammunition, along with short-range air defence missiles.

There are plans to hire around 1,500 people, who will use the best-in-class technologies to manufacture high-quality ammunition for domestic and export markets.

Rajvanshi concluded, “The recent geopolitical events have further reinforced that self-reliance in defence and security has to be accelerated. Unmanned platforms, short-range missiles and ammunitions, cyber defence coupled with AI/ML-driven analytics will become the decisive factors in the future wars and conflicts.”