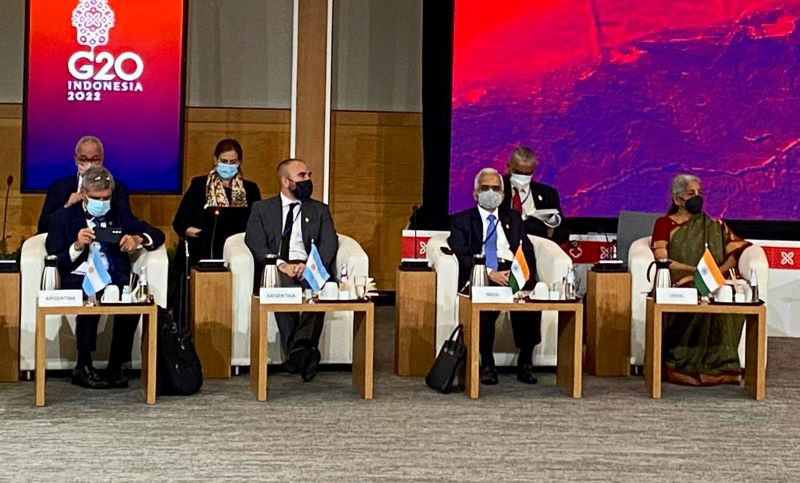 The Minister stated that G20 is well placed to catalyse international policy coordination to deal with macroeconomic consequences and called for proactive collective efforts towards protecting economies.

In its latest World Economic Outlook, the International Monetary Fund (IMF) downgraded its global growth outlook reflecting the impact of the war in Ukraine, the risks posed by inflation, and other factors.

It has lowered its global growth forecast—for the second time in six months—to 3.6% in 2022.

"Largely because of Russia's invasion of Ukraine, we are seeing a growth downgrade for 143 countries representing 86% of global GDP. Growth is down, inflation is up; people's incomes are down, hardship is up," IMF Managing Director Kristalina Georgieva said this week.

The IMF also cut India's gross domestic product (GDP) forecast for FY23 to 8.2% from 9 percent earlier stating that higher oil prices are expected to weigh on private consumption and investment.

Sitharaman is on an official visit to the US to attend Spring Meetings of the IMF-World Bank, the G20 Finance Ministers and Central Bank Governor Meeting (FMCBG) and a host of bilateral engagements.

On Thursday she met John Neuffer, President and CEO of the Semiconductor Industry Association.

As per the Finance Ministry, she apprised Neuffer about the initiatives and policies rolled out by the government to attract and support foreign investment in semiconductor industry, including development of sustainable semiconductor and display ecosystem with an outlay of $10 billion.

Neuffer said he was upbeat about the initiatives taken by the government to promote investment in the semiconductor ecosystem and appreciated India's commitment to become a reliable player in the global supply chain.