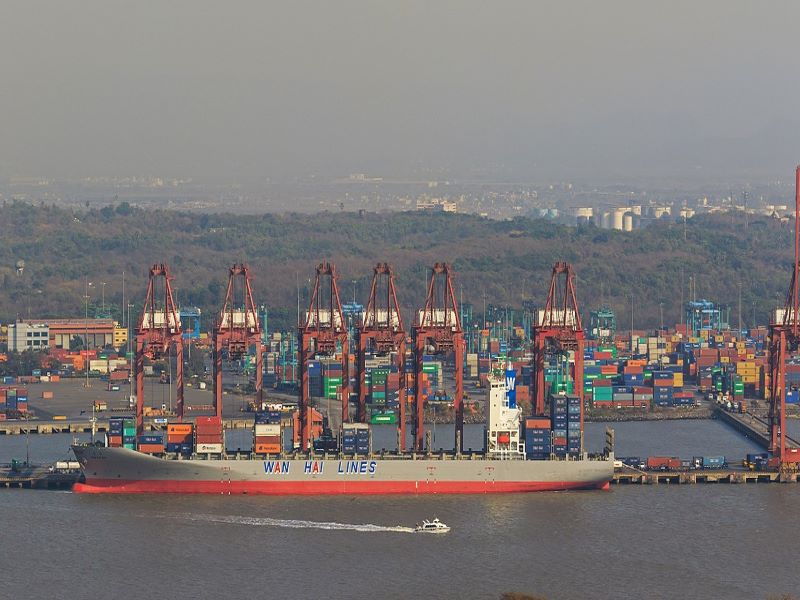 India's maritime sector plays a crucial role in overall trade and growth with 95 percent of the country's trade volumes and 65 percent of the trade value being undertaken maritime transport, he said.

These projects will help in integrating ports, rail, and road connectivity, resulting in reductions in logistical costs, he asserted.

"A well-functioning logistics ecosystem is thought to be a catalyst for improving the competitiveness of all sectors of the economy," he noted.

The supply chain and logistics sector in India is one of the largest globally.  As a result, increasing supply chain efficiency and lowering logistics costs are critical for India to capitalise on its strategic strengths and achieve its well-defined goal of being a $ 5 trillion economy by 2025, he said.

Jawaharlal Nehru Port (JNPT), the largest container port in India, is ready to connect with other Indian ports as well as for container traffic through its newly constructed coastal berth, he said.

It will cater to the coastal movement of cement, edible oil, steel under the new policy in which a green channel is provided for domestic cargo, not possible in the custom notified areas.

Sonowal pointed out that India's long coastline and extensive waterways present an ideal case for the implementation of projects like RORO/ROPAX ferry services.

Referring to RORO/ROPAX ferry services in Ghogha and Hazira in Gujarat, Mumbai and Mandwa in Maharashtra and Majuli and Ninmati in Assam, which cut travel distance from 400 km to 60 km, 110 km to 18 km and 423 km to 12.7 km respectively, he underscored the growing importance of such projects for fast and cheap transport that also helps reducing emission.

Further, he urged the private sector to invest in India's port and maritime infrastructure.

"Investment in ports has increased steadily over the last five years we are keen on partnering with the industry on PPP mode to make the industry most successful," Sonowal said.

In this context, he mentioned the Major Port Authorities Act, 2021 and Inland Vessels Act, 2021 formed to cater to modern and contemporary needs and development of the maritime sector by uniform applicability of rules and regulations.

The new agreement applies to all the future PPP model-based projects at major ports, and also the projects which are approved by the government already but are still under the bidding stage.

Currently, there are over 80 PPP/landlord projects in the sector with an investment of more than Rs 56,000 crore at various stages, he informed.