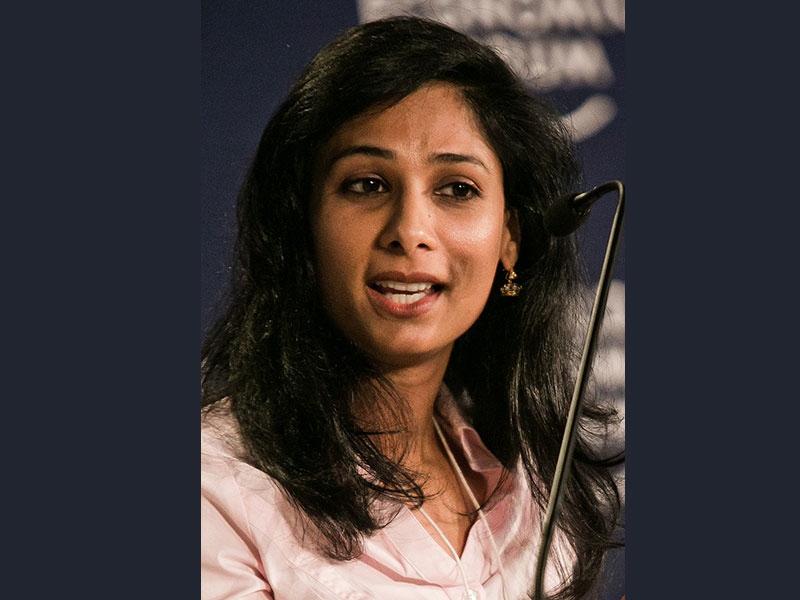 Harvard University had extended Gopinath’s leave of absence on an exceptional basis by one year, which has allowed her to serve as Chief Economist at the IMF for three years.

In announcing Gopinath intention to retire from the Fund, Georgieva stated: “Gita’s contribution to the Fund and our membership has been truly remarkable —quite simply, her impact on the IMF’s work has been tremendous."

"She made history as the first female Chief Economist of the Fund and we benefited immensely from her sharp intellect and deep knowledge of international finance and macroeconomics as we navigate through the worst economic crisis since the Great Depression.

“Gita also won the respect and admiration of colleagues in the Research Department, across the Fund, and throughout the membership for leading analytically rigorous work and policy-relevant projects with high impact and influence," Georgieva said.

As part of her many significant initiatives, Gopinath co-authored the “Pandemic Paper” on how to end the COVID-19 pandemic that set globally endorsed targets for vaccinating the world.

This work led to the creation of the Multilateral Task Force made up of the leadership of the IMF, World Bank, WTO, and WHO to help end the pandemic and the establishment of a working group with vaccine manufacturers to identify trade barriers, supply bottlenecks, and accelerate delivery of vaccines to low- and lower-middle income countries.

Gopinath also worked tirelessly with other IMF departments to connect with policy makers, academics, and other stakeholders on a new analytical approach to help countries respond to international capital flows via the Integrated Policy Framework. She also helped set up a Climate Change team inside the IMF to analyze, among other things, optimal climate mitigation policies.

“I would like to express my personal appreciation to Gita for her impressive contributions, her always wise counsel, her devotion for the mission of the Research Department and the Fund more broadly, as well as her widely recognized inclusive and accessible approach to colleagues and staff,” the Managing Director concluded.

A US national and overseas citizen of India, Gopinath’s research has been published in many top economics journals. Prior to her appointment as IMF Chief Economist, she was the John Zwaanstra Professor of International Studies and Economics, in the economics department of Harvard.

Before joining the faculty of Harvard University in 2005, she was an assistant professor of economics at the University of Chicago’s Booth School of Business. Ms. Gopinath is also a member of the Group of Thirty.