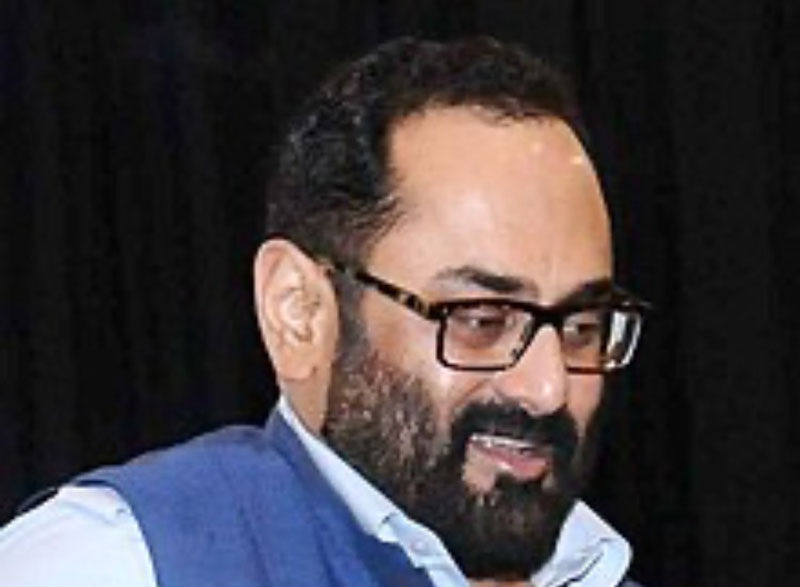 New Delhi/UNI: Union Minister for Electronics and IT Rajeev Chandrasekhar Thursday blamed the corporates for the rise in trade with China, amid the continuing tension at the Line of Actual Control and a 17-months stand-off in Ladakh.

"I was an entrepreneur for many years... it's easier to change human behaviour than corporate behaviour. I will leave that out there for you to think about," Chandrasekhar said.

He said the economic landscape was dominated by '4-5 groups' for a long while and that changed after the Narendra Modi government came to power.

"I don't think this process of sort of delinking from China, especially by some of our corporates who have sort of heavily invested emotionally or whatever, is going to be so abrupt," he said.

Chandrasekhar was answering questions after delivering a lecture on Technology and National Security in honour of the late Air Commodore Jasjit Singh in Delhi.

According to data from China, the bilateral trade between China and India grew 49.4 percent during the January-September 2021 period to $90.38 billion from last year during the same period.

Chandrasekhar's remarks came amid calls for a boycott of Chinese goods by several social and political groups.