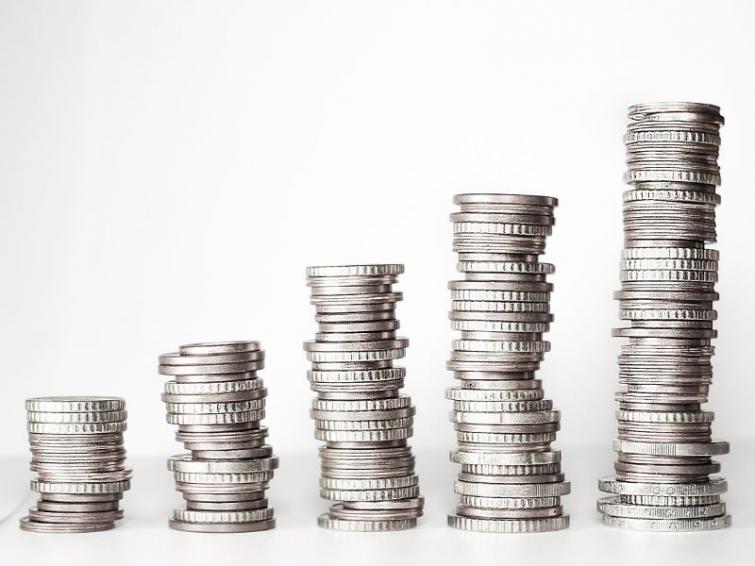 The government has settled Rs. 19,718 crore to CGST and Rs. 14,915 crore to SGST from IGST as regular settlement. In addition,Centre has also apportioned unsettled balance IGST of Rs. 6000 crores on ad-hoc basis in the ratio of 50:50 between centre and States/UTs.The total revenue earned by Central Government and the State Governments after regular settlement in the month of March,2020 is Rs. 41,901 crore for CGST and Rs. 43,516 crore for the SGST.

For the full financial year, 2019-20, the GST for domestic transaction has shown a growth rate of 8% over the revenues during last year. During the year, GST from import on goods fell down by 8% as compared to last year. Overall, gross GST revenues grew at 4% over the last year’s GST revenue. 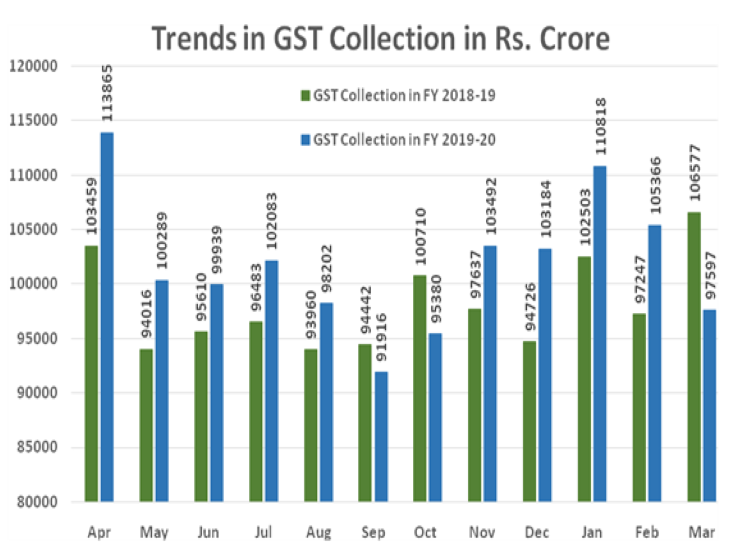 The chart shows trends in monthly gross GST revenues during the current year.