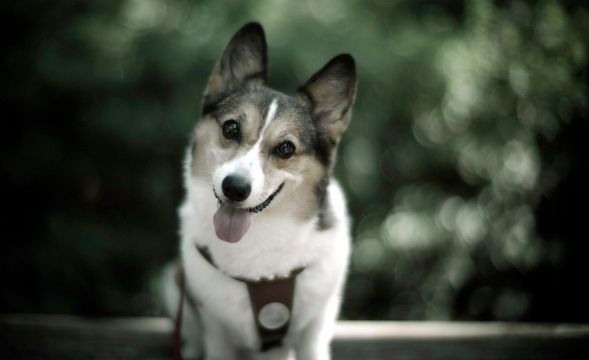 “When we found these dogs, they were at a dog meat festival,” she said. “They were crammed into rusty iron cages so tightly together that they couldn’t move. They were gasping for air. They had open wounds and sores all over their bodies. They were dehydrated, emaciated. It was clear they hadn’t had food for days.”

Aldworth said consumption of dog meat was considered offensive in much of Europe, North America and the Islamic world but it was a common practice in Asian countries like China, Vietnam and South Korea.

She described China’s tradition of killing thousands of dogs for food every June during the city of Yulin’s annual dog meat celebration as a horrible festival symbolizing cruelty and a lack of hygiene due to an unregulated industry.

Celebrities like Matt Damon, Joaquin Phoenix and Kate Mara had also teamed up to protest the tradition, said media reports.

Six months back HSI representatives had gone to China to document animal rights abuses at the festival and were able to rescue 170 dogs and five cats, said Aldworth.

These animals were taken to an HSI-funded emergency shelter in northern China, who found local homes for the cats and 60 dogs.

The rest of 110 dogs were brought to Canada.

They will be up for adoption in about two weeks.

Getting the paperwork done for exporting these dogs from the Chinese government, the largest export so far, and getting an air carrier to accommodate them was a big challenge. But “like a Christmas miracle, this week it all came together and we got them out”, said Aldworth.

The Eric S. Margolis Family Foundation was responsible for funding of this operation and the rescued dogs arrived in Toronto Friday night.

Danielle Radicanin, Freelance educator and consultant had posted on her facebook, “It is so wonderful and heartwarming to be part of a organization that has managed to save 100 dogs from the Yulan Meat Trade. They are currently living in Cambridge, which is one hour from Toronto.

Understandably, they are traumatized which means that some will need more behavioural therapy than others.”

According to San Diego News Daily, sixty-three of the dogs were being taken to a rescue organization in King City, Ont., while 10 are going to Ottawa and 32 were taken in by the Montreal SPCA after they arrived in the city.

Aldworth said she hoped that these dogs who suffered a lot of cruelty and were distressed and fearful would be able to adjust to their new surroundings and be happy in Canada.

“I’ve rescued dogs from puppy mills, from hoarding situations, from some of the worst places you can ever imagine seeing a dog,” she said. “What amazes me each and every time is the resilience of dogs: the ability of dogs to forgive the worst things that we can do to them and to regain their love for humans”, said Aldworth.

She said that every year about 30 million dogs were killed for meat around the world, the majority of them in China.

This malpractice had been declining she said and added, “Bringing the dogs over here can really help wake the world up to an ongoing urgent crisis,” in bringing dog meat trade to an end.

Anyone interested in adopting one of the dogs should get in touch with Dog Tales Rescue and Sanctuary in King City, Ont., the Montreal SPCA or Ottawa’s Bytown Association for Rescued Animals.