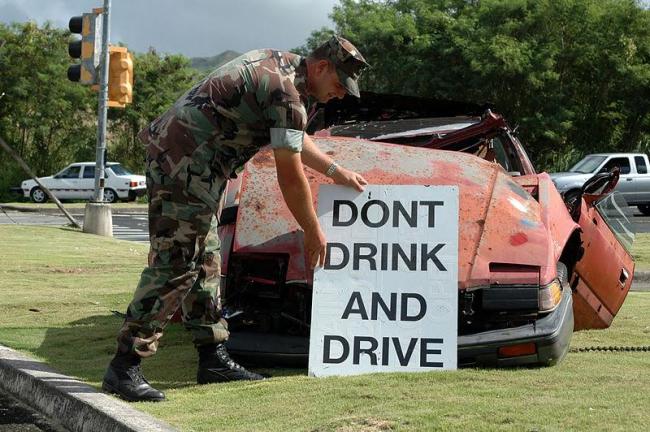 The project would continue throughout the spring of 2017 and will test the screening device on car drivers under different weather conditions and at night.

Traffic service officers will be positioned to gather test data.

This pilot project would also join forces with Vancouver, Halifax and Gatineau, Que., Ontario Provincial Police and some RCMP detachments.

The information collected from this project would help in the development of practices for the use of oral-fluid screening devices in Canada.

The two drug-detecting devices being used are: the Drugwipe, manufactured in Germany, and the other Alere, made in Britain.

Participation in the project is voluntary, said the police and the device will be administered only on drivers who are not suspected of being under the influence of drugs.

The project also ensures no charges will be laid on participants suspected of being under the influence of drugs and test positive.

The samples gathered during pilot testing will not be used as evidence in the future for the prosecution of either an illegal or administrative offence.

However, police said officers can lay charges on suspicious drug-impaired drivers without taking the tests.

The screening systems test saliva for the presence of drugs, including cannabis, cocaine, methamphetamine and opioids.

The participant drivers would be required by the officers with the device to stick out their tongues to take a sample of saliva with a tool resembling a tongue depressor.

These tests need to be approved and authenticated for police use by the provincial government before their implementation, said the police.

Currently, the Criminal Code authorizes police officers police officers conduct a standard sobriety test that includes looking at a driver’s eyes and asking the person to walk and turn and stand on one leg.

Specially trained police officer also called a drug recognition expert is authorised to examine the suspected drivers who would be asked for a blood test.

The pilot project was established as part of a larger Canada-wide enterprise to reduce the frequency of drug-impaired driving.

Public Safety Minister Ralph Goodale said his department and the Canadian Council of Motor Transport Administrators will also join forces with police on the project.