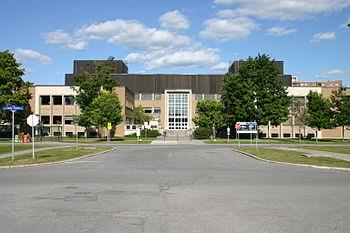 Tobias had become famous when she was criminally charged with violating the Statistics Act by refusing to fill out the 2011 census over its link to Lockheed Martin, a company she despised.

It was during the trial of 2013 that Tobias got the support of many friends who filled the courtroom in downtown Toronto to show their unanimity.

Althoughs she was declared not guilty, the stress of numerous trials had a heavy toll on her health when she was 89 years of age.

Kathi Davies, one of her supporters in court had seen her carrying a large bag on the first day of trial. When Davies asked what was in the bag she replied that she was carrying with her all her vitamins and medicines stating, "Just in case they put me in jail."

"That trial knocked the socks off her," Davies said. "It was a punch to her -- the stress levels she went through. We could see her decline after that."

After that she fell several times trying to get in and out of her wheelchair and finally died in her sleep at a long-term care facility, said her nephew, Derek Tobias from his home in Hong Kong.

"I'm really proud of her for standing up for things she believed in," said Derek.

Born in Toronto in 1924 she enrolled in 1943 at the University of Toronto's Trinity College.

Alan Rimmer, who recorded Tobias's life story through a series of interviews stated that at her mother’s influence she registered with the Royal Canadian Navy and joined the Women's Royal Canadian Naval Service.

Till the end of Second World Was she was posted in Halifax where she trained the crew members to fight at sea.

There was a sudden change in her outlook after the United States’ nuclear bombings on Japan in 1945, her friends said.

She started working at various factories and connected with working class and finally joined the communist party, Rimmer said.

Tobias became a high school teacher in Sault Ste. Marie, Ont., Ottawa and Toronto and later returned to school to become a librarian.

She was instrumental in organizing the first union for library workers at the Toronto Public Library, he said.

Being deeply affected by the slaughters of war she began to promote peace and joined the Veterans Against Nuclear Arms and started a campaign against nuclear weapons.

Phyllis Creighton, another group member and friend of Tobias said regretfully that she was not able to win the battle against nuclear weapons.

"She was one of the people for whom it was not theoretical. She really had a depth of feeling about the agony of nuclear bombing and the moral outrage we all should feel about it."

"She was a wonderful role model for any human being, I think, to be that dedicated to peace and equality and to be so principled about it and at the same time to be so affable and pleasant, it was really quite remarkable," said Peter Rosenthal, the lawyer who represented her at the census trial.