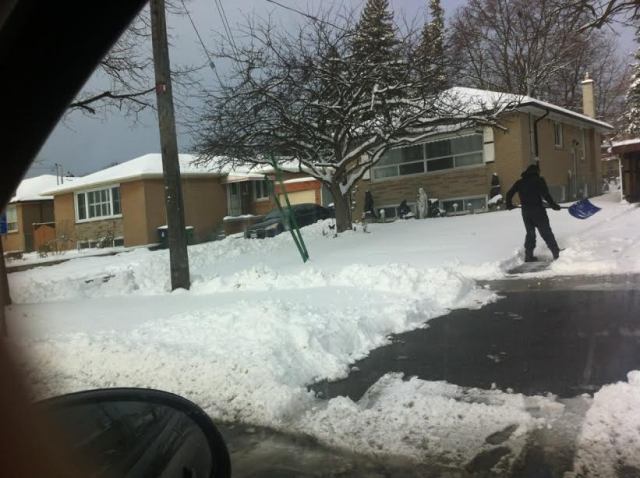 At Billy Bishop City Centre Airport on Toronto Island, at least seven flights were cancelled  while another 15 were delayed.

Air Canada had informed that affected passengers could rebook their flights without penalty, provided there were available spaces.

Toronto and much of southern Ontario Thursday had been warned by Environment Canada of winter travel advisory as five-to-10 centimetres of snow began falling in the mid-afternoon resulting in the whiteout conditions on roads and highways across the Greater Toronto Area (GTA).

Drivers were cautioned to drive slowly as seven rush-hour collisions were reported.

The TTC suspended trains on the Scarborough Rapid Transit line on Friday because of the disruption of signal services caused by cold.

Shuttle buses were arranged to run between Kennedy and McCowan stations.

In the meantime some students who were stuck in the traffic were concerned about their grades being at risk and were making the call.

Cancellation of about 80 flights in and out of Pearson International Airport have been reported Friday morning following dozens of cancellations on Thursday.


(Reporting and photographs by Asha Bajaj )