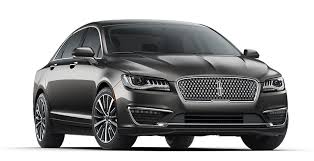 
The program’s first three participants were announced on Monday by Steven Del Duca, Transportation Minister who said that these participants will be working with different levels of automation.

"We are working towards full automation," he said.

"I think everyone here can see a world in which that will one day be the reality, but the Ministry of Transportation's primary responsibility, in addition to trying to enable positive outcomes with this kind of technology, is also road safety."

Under the pilot project, a driver must possess a suitable driving licence

He would always remain in the driver's seat to monitor its operation and should follow the rules of the road.

The University of Waterloo's Centre for Automotive Research will test a Lincoln MKZ, auto manufacturer the Erwin Hymer Group will test a Mercedes-Benz Sprinter Van and QNX, a software subsidiary of BlackBerry, will test a 2017 Lincoln.

The pilot project would run for 10 years.

The project gives Ontario "the opportunity to be a world leader in automated technology," Del Duca said.

"Frankly, there's excitement in every corner of the province about the fact that we are not only embracing this technology, but in the Canadian context we're leading on it," he said. "I think that the possibilities are limitless at this point.".