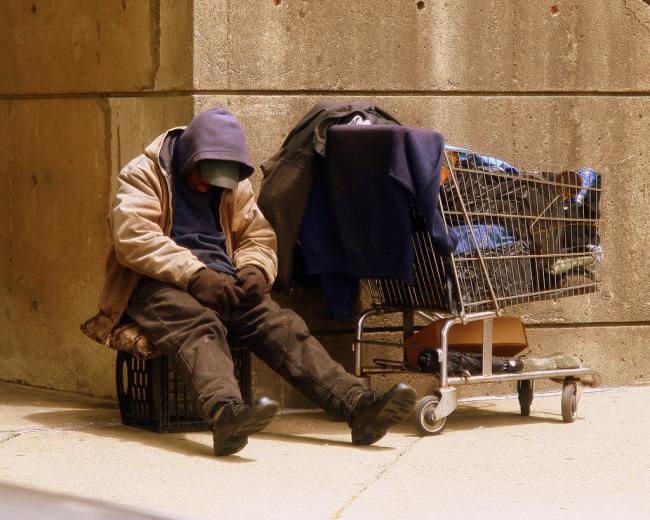 INDIA BLOOMS NEWS SERVICE | | 29 Nov 2016, 07:59 pm
#homelessness, # poverty, # Toronto, # billions, # Ontario Association of Food Banks, # child poverty, # The cost of Poverty, # John Stapleton
Nov 29 (IBNS): According to a new report â€œThe cost of Povertyâ€ released by a group of social policy experts under the leadership of John Stapleton, shows that poverty in Toronto amounts to an estimated $4.5 billion to $5.5 billion a year.

"These numbers estimate what poverty costs Toronto in the justice system, the health system, and tax revenues, both now and in future generations," the report says.

The report highlights that people living under the poverty lines pay less in taxes and are mostly either unemployed or underpaid, contrarily take hold of more government services, have high health care costs and also due to their involvement in criminal activities end up paying high in judicial costs too.

Furthermore, the report also points out that their children would also probably live in a poverty environment, leading to underdeveloped and improper state of mind.

The report claims, "There is no definitive measure of the full economic impact of poverty. However, there is a body of work in Canada that provides estimates of the cost of poverty in the key areas of health and justice.”

"These estimates also measure in dollars the lost economic opportunity for current and future generations who live in poverty,” the report mentions.

Experts say this is the first time a financial estimate report has been clubbed for a Canadian city.

"Poverty places costs on Toronto's economy, on all levels of government, and on society in general," the report explains. "Everyone in a society is better off economically when no one lives in poverty."

The authors of the report explains the total costs on the city’s expense towards poverty arrived after a summation on the total expenditure spent on crime, public health, hospital days, lost income, forgone taxes.

It also refers to the study that mentioned Toronto to continue as a child poverty place of Canada, along with a report published by the Ontario Association of Food Banks, which says 335,000 people in Ontario used a food bank every month in 2016.

However, the experts in the report believe, "The conclusions are clear: investing in poverty prevention would be less costly in the long run than spending to marginally mitigate ongoing poverty in perpetuity. And because reducing poverty is a long-term endeavour, it is all the more critical to start now."