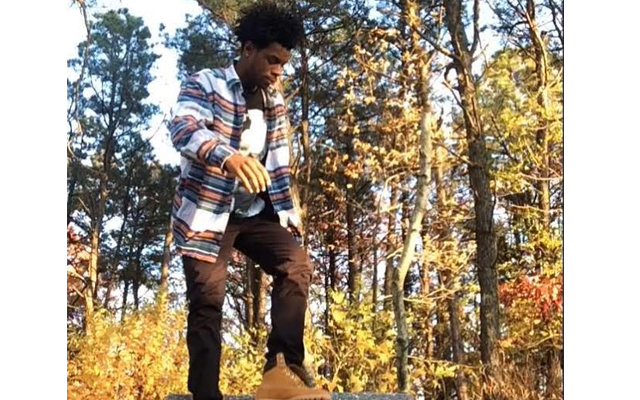 "I've never had a kid, or a player, or a student athlete this young that's been able to compete and not show signs of being nervous or being out of place," said his coach Ro Russell, the basketball coordinator at Fisher's school, Crestwood Preparatory College in North York.

Elijah, who's in Grade 7, was the first middle school student to participate and score in a senior varsity game for the Crestwood Lions earlier this year.

"I know I'm at the same skill as them, and it makes me better," Fisher said.

Elijah had already become very popular with a of scouting organizations.

He had often been placed as the top ranked player for his future high school graduation class by American ranking websites.

"He's been to all the camps, all the tournaments, and he's always come out number one," said Russell.

Russell’s aim is to have Elijah head to a major NCAA Division 1 university and then the NBA.

Although Elijah came from a basket family, where his mom, dad, aunt and uncles were basketball players, Elijah was not good at this game in the beginning.

"When he started he could not play, he was not good, no," said his mom, Thelia Turnbull.

Elijah’s mom worked very hard in training him and finally he became comfortable with the game.

"From there, it was magical to watch," said Turnbull.

According to his mom Elijah was just a normal kid with his usual chores and a regular bedtime at home.

Elijah was also good in his studies.

He was always getting mostly A's in school. and his academic work was considered to be more important to him than basketball.

"If I get a good education, if I don't make it to the NBA I have a backup plan," Elijah said.

"It's possible he might be one of the best ever." Russell said.

But if excels in his studies, he may not need the second option.

Elijah's coach is of the opinion that one day Elijah’s name would be ranked among some of the biggest Canadian basketball stars, like Andrew Wiggins, Tristan Thompson, and the Raptors' Cory Joseph.

"We see him following in the footsteps of those great players that have come out of Canada in recent years, and who knows — it's possible he might be one of the best ever," said Russell.