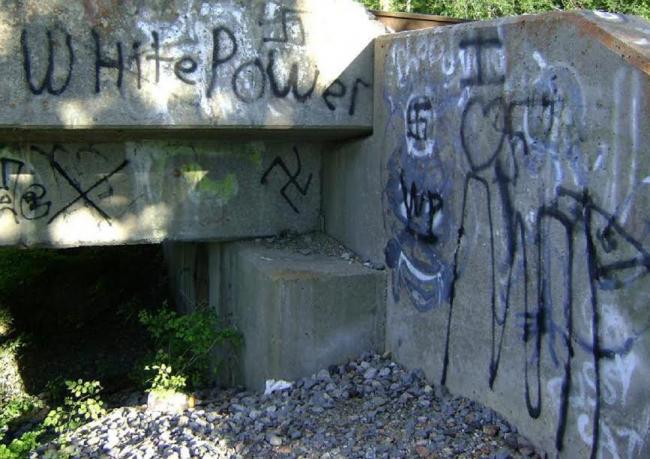 "To anyone thinking Canadians shouldn't be involved in the current US presidential discourse, it's hard to ignore with a swastika in the car lot beside your apartment on a morning walk for coffee," Toronto resident James Breen wrote when he posted a photo on Facebook this week.

Breen noticed a swastika on a car in a parking lot near Richmond Street East and Ontario Street when he was proceeding to his apartment on Saturday morning.

He did not see the car in the lot again, he added.

But Breen said he recognized a second swastika painted on a vacant building on Ontario Street on Monday.

"It was a reminder for me, certainly, that you can't get complacent about the ongoing struggles with racism in our city and our country," said Breen.

Toronto police said they did not hear any reports from the public about racist or anti-Semitic graffiti in the neighbourhood.

"It was a reminder for me, certainly, that you can't get complacent about the ongoing struggles with racism in our city and our country." said Breen

Baruch Frydman-Kohl, Senior Rabbi at Toronto's Beth Tzedek Synagogue, had said that people in his congregation were concerned about racist and anti-semitic incidents occurring across North America.

"It's indicative of a larger breakdown of social civility and of appropriate public discourse, because we're seeing a shift that allows people to say certain things in public and that creates the ground for these kinds of activities," he said.

"The big concern is, of course, a worry that this can spread and in some way infect our society here in Canada."

"The Holocaust didn't begin with people being killed," he said. "It began with words that accelerated into hate speech that became amplified into acts of vandalism — and then it became large-scale violence."