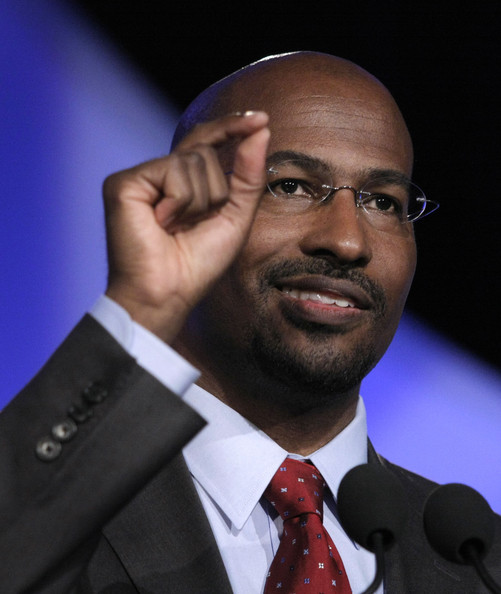 India Blooms News Service | | 24 Nov 2016, 05:11 am
#Donald Trump, #White House, #Canada, #Van Jones
Toronto, Nov 23 (IBNS): Van Jones, an eminent American political commentator, said that it was difficult to foretell what the actions of the president-elect would be once he's sworn in, reported CBCNews.

Jones, a CNN political contributor and former White House policy adviser, spoke with reporters on Tuesday evening about the U.S. election at a Toronto event organized by the Broadbent Institute.

Jones believed that after Donald Trump’s victory, hate crimes and hate speech across the U.S. have increased.

"It can find a home in your country, too, if you don't stand up to it," Jones added.

Trump was accused by Jones of running one of the most irresponsible campaigns in history.

Majority of people in U.S. are not in favour of Trump's plans to deport millions of immigrants or root out majority of Muslims from the U.S., said Jones

Millions of people who voted for Trump didn't actually have much choice as they did not want to vote for the Democrats, believed Jones

"Most Americans right now are just heartbroken about the whole thing," Jones said, noting both major parties have major flaws — the Democrats for their snobbery, while the Republican Party for its hypocrisy.

"The country is so divided over these two broken parties that nobody wants to go home for Thanksgiving dinner."

Jones also put down the rumour that he wanted to run for the White House during the next federal election.

"I am not qualified to be president of the United States. Nor is the president-elect."

The New York Times had recently titled Jones as a "star of the 2016 campaign."

He is an activist for civil rights and had founded multiple social organizations, including the Dream Corps, which promotes advanced policy solutions.