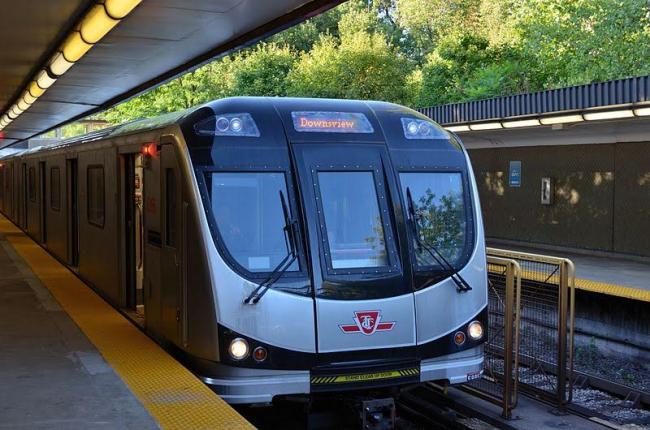 India Blooms News Service | | 22 Nov 2016, 10:59 pm
#TTC Wikipedia
Toronto, Nov.22 (IBNS): An increase in the price of tokens and Presto fares by $0.10 to an even $3 starting in January which was recommended by Toronto Transport Commission (TTC) staff was approved by TTC Board on Monday, CP24 reported.

The cash fare for students and seniors would be increased by 10 cents, whereas adults will continue to pay $3.25.

“We’ve made the hard decision,” TTC Chair Josh Colle said following the meeting. “We didn’t put that off. We made the decision that really sucks around a fare increase today and that’s one we wouldn’t have wanted to make.

“But at the same time we’re recognizing that the subsidy or the amount coming from the city has to increase. So it puts the ball in that court.”

The freeze in transit fares in 2018 was also voted by the board.

It was expected that an additional $27 million due to increase in fare would compensate the transit agency’s budget deficit of $231 million.

More than 100 TTC customers attended the board meeting at city hall on Monday to protest against the hike, transit advocacy group TTCRiders said.

“Transit riders are calling for more service, affordable fares, and proper funding of the TTC’s operations.”

The transit agency was not properly subsidized by upper levels of government, TTC CEO Andy Byford told CP24 on Monday.

"Once upon a time the TTC used to get 50-50 funding of its operating day-to-day costs from the province," he said, adding that the TTC now only receives a subsidy of about $0.90 per rider.

"My view would be the TTC works miracles for the money it is given."

The per rider subsidy in Chicago is approximately $1.86 and in New York it is $1.49. media reports said.

Byford added that Montreal receives practically the same subsidy as the TTC although it carries only two-thirds of the ridership of the TTC.

"At the end of the day we have streetcars held together with duct tape… we have buses that are 18 years old when the industry best practice is 12 years old. So I’m looking at every possible way to find efficiencies and to immunize customers as best we can against the impacts of fare hikes or service adjustments."

“Today the TTC is meeting to discuss another round of fare increases and service cuts that will in fact hurt transit riders. It’s hard to see how the TTC can maintain ridership when transit keeps getting more expensive and service keeps getting more uncomfortable, less reliable and less convenient,” DiNovo said in a written statement released Monday.

“The TTC used to be the envy of North America, back when the provincial government provided 50 (per cent) funding for TTC operations. The Tories cut the funding, and it stayed cut under the Liberals.”

The increase in TTC fares will be next presented to the city council for final approval.