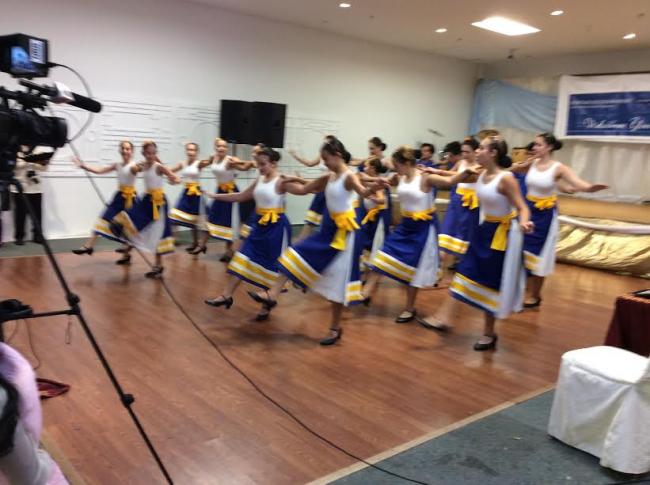 Heritage Beyond Borders: Showcasing the multicultural face of Canada

The programme, which focused on the hard work by many ethnic media groups, also included multicultural entertainment.

The organisers created the atmospheric with  glittering lights, music, laughter. Everyone was attired in traditional dress.

The site was a reflection of Canada's multiculturalism and diversity and symbolised the theme of Heritage Beyond Borders, “One Heritage One World.”

In the first part of the ceremony, performers dressed in traditional Chinese attire presented an act, a mixture of dance and action.

The second part was devoted to the Greek dance EKFRASSI, where the dancers donned traditional Greek attire. 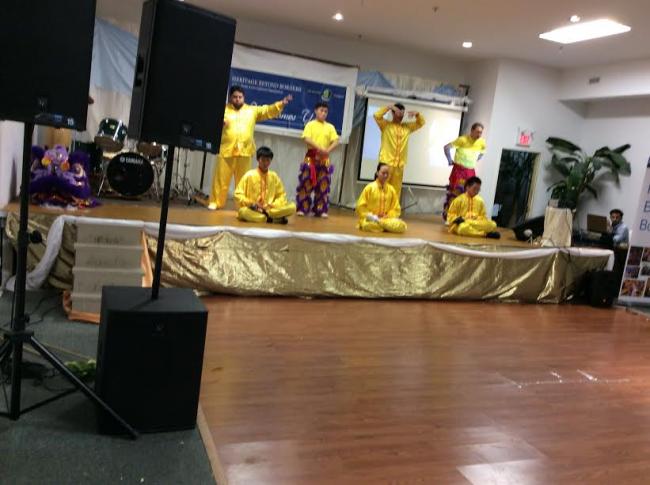 After this Greek dance, Nancy Athan-Mylonas, Director/Choreographer for EKFRASSI gave a little speech and added that she “cherishes these moments of the performers in Canada”.

Chen said, “We are proud to be here as we celebrate the 9th anniversary of Gala Dance and Dinner” hosted by Heritage Beyond Borders." Chen added that his parents, who were in Scarborough at that time, had migrated from India.

He himself, added Chen, was Hakka Chinese and said, “We need to make sure that each and every one of us are treated as equals. We are proud to be here to celebrate and we are grateful to the ethnic media for their presence."

Zahid said that the incidents of hate crime, hate literature, 'hijab' incidents and graffiti attacks in the religious places and the anti-Semitic crimes in the country need to be eradicated. 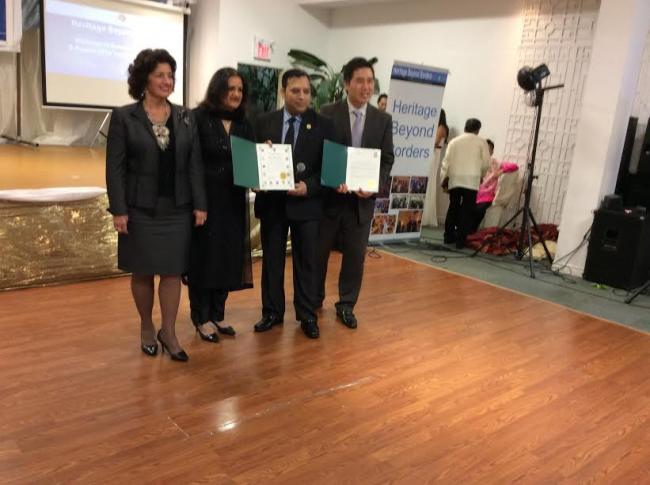 She said, “We need to make clear that the Canada should be clear of all these. We need to cherish the rights and freedom of our country and to keep our heritage alive in the midst of diversity.”

Neel Nanda, president of Heritage Beyond Borders, distributed the certificates of appreciation to all the performers.

Nanda said that nine years back, when the Heritage Beyond Borders was launched, he “saw great scope in its advancement due to diversity in demographics in Canada” and he dreamed of “one heritage one world”.

He said, “I feel privileged to live in the best country in the world where culture, tolerance and understanding are deep rooted.”

Nanda also presented awards to the following media groups for their excellent performance:

(Reporting and photographs by Asha Bajaj)