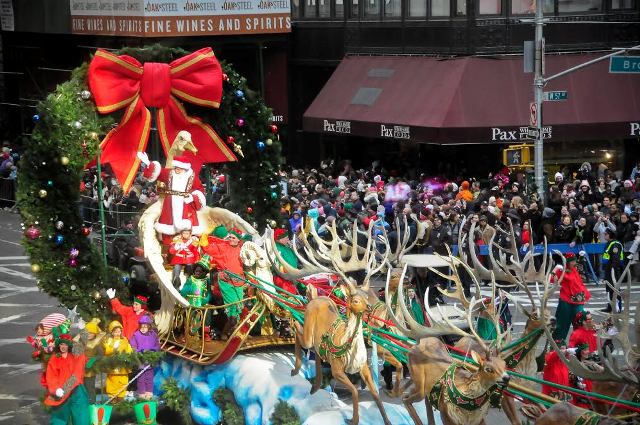 Despite the cold weather and strong winds the crowd was enthusiastic as they lined the streets to watch the parade made its way from Christie Pits, along University Ave. to St. Lawrence Market.

According to CBC News, this year's Santa's float of 42 feet long was roughly a third larger than before.

Peter Beresford, parade president and CEO, said on Sunday that the annual event is "the official start to Christmas" for many Toronto families, CBC News reported.

"It's the best. People are out celebrating, some people who don't even celebrate Christmas, but they all love Santa Claus and they all love Toronto and they love each other," he said.

25 floats and 21 marching bands make their way from Christie Pits Park to the St. Lawrence Market.

Volunteers and celebrity clowns and revelers started gathering in the morning around Christie Pits Park to prepare for the parade, media reports said.

Some of the enthusiasts said they have been coming to watch the event for years now.

"It is great fun to watch the parade and I look forward to it," said Peter, a young resident of Toronto.

Parade participants dressed as bears cheered as Santa approached and waved to the crowd during the parade, reported Toronto Star.