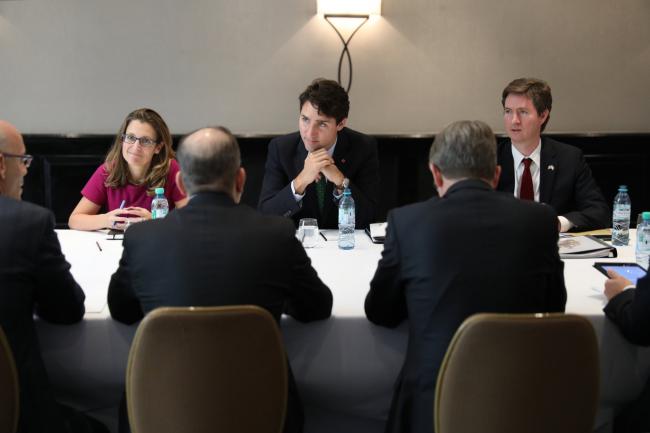 "Create good jobs for the middle class to grow and prosper in both countries," tweeted Trudeau, after speaking to the members of the Argentine-Canadian Chamber of Commerce.

Trudeau and Argentine President Mauricio Macri, announced several bilateral initiatives on Thursday, soon after his arrival in the country.

“We are working with our partners in Argentina to promote more trade and investment with Canada,” Tweeted the ace Prime Minister Justin Trudeau.

Trudeau promised Argentine President that the Canadian experts will offer help to Argentina in relocating the 3,000 Syrian refugees and reopening the trade deal related to Canadian Pork products in Argentina.

“Our countries have common goals President, and I will work together to create opportunity for Canadians and Argentinians,” Trudeau tweeted, post the official meeting with Argentine President Macri.

Following a state dinner at the presidential home, on Thursday night, Trudeau said giving citizens from both countries a fair chance to succeed is quite a challenge, due to economic anxiety and fears that distance people from their neighbours and friends.

Trudeau, will be off to meet the world leaders at the Asia Pacific Economic Cooperation (APEC) summit in Lima, Peru, where Donald Trump would be making his presence too, as the leaders would charter new talks for global trade.