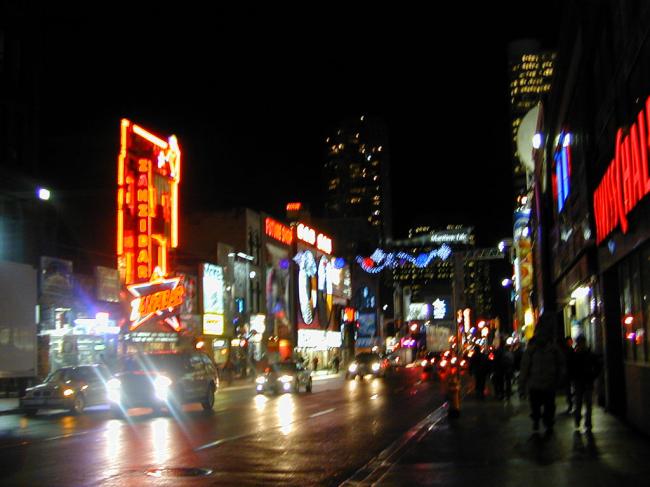 According to Toronto Police, the first victim who was very badly injured and is presently in a life-threatening condition was first assaulted and stabbed by another man at around 1:30 a.m. in front of a Yonge Street business.

The other man intervened a little later and attempted to help the victim when he was also stabbed by the same suspect.

Police are in the look out of the suspect who is described as a man in his 20s, black, about five foot seven with a medium build and has three lines shaved into his eyebrow. He was last seen wearing a dark blazer and jeans.

Residents living in the area said IBNS that they are worried with the number of homeless people and drugged youth loitering around the area.

“I am concerned as many a times I pass the same area every day in the morning and in the evening for work and to pick up my child from the daycare nearby. Many people sit near the McDonalds asking for money, some sit and abuse each other out there and in the corner of Dollarama and the LCBO in the other side of the street. It really feels unsafe,” commented Sakshi, a resident living in the area.