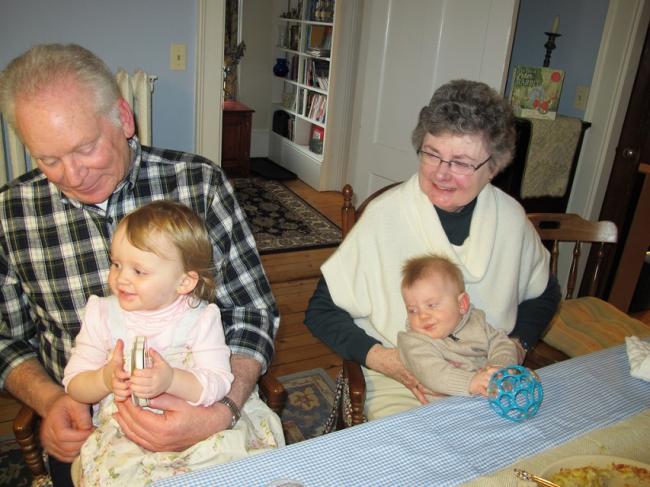 India Blooms News Service | | 17 Nov 2016, 10:06 am
#custody disputes, # Children's Law Reform Act of Ontario, # turmoil, # felony
Toronto, Nov. 17 (IBNS): Another attempt was being made by some grandparents in Ontario to the get Children's Law Reform Act of Ontario changed to safeguard access of children to their grandparents in the event of parentsâ€™ divorce or separation, media reports said.

As per estimates 75,000 grandparents in Ontario suffered agony and distress as they were not able to access about 112,000 children.

“Too many parents have to work two or even three jobs just to get by. These stresses result in hardship and the breakup of many families. With so many families experiencing resulting turmoil, now more than ever, the love, guidance and stability that children need, can be provided by grandparents with steadfast devotion,” Mantha said.

"This bill is really focused on grandchildren's rights as well, because denying them access to their grandparents is detrimental to their well-being, to their upbringing," said Mantha. "Many children find being with grandpa and grandma is a safe and trustworthy environment, and an environment of love."
Sonya Cianciullo, of Ottawa, is with Alienated Grandparents Anonymous, a group that has been aggressive to change Ontario's obsolete law since 2005.

Separating parents trying to deny their children’s access to their grandparents and other members of the family leads to psychological problems in the children, said Wanda Davis of Toronto.

"The pain inflicted on our grandchildren and grandparents is beyond description," she said. "It's a living bereavement."

Grandparents say they can provide guidance and security that is sometimes lacking at home.

By their love and attention, they can prevent felony and instability in their juvenile grandchildren.

"We just want the opportunity to love our grandchildren, " said Cianciullo.

But the courts had not been giving them any special concern in custody cases, even in the event of the death of the parents.

“This is about grandchildren’s rights and maintaining a nurturing and loving relationship with their grandparents. It’s time for Ontario to catch up to other provinces and act in the best interest of our children,” Mantha said.

Mantha's bill would certify merits of individual cases to determine granting access would be considered by the courts based on whether contact would be appropriate in the circumstances.

Children benefit from the love, guidance and stability that their grandparents can provide, and should have the opportunity to bond with them, he added.
"We're trying to accomplish something that is in the best interests of the child," said Mantha.

Attorney General Yasir Naqvi's office said the government supported Mantha's bill on second reading and is looking forward to discussing it at committee.

"A grandparent already has the ability to obtain an order for access to their grandchild, if it is found to be in the child's best interests," said Naqvi's press secretary, Lauren Ramey.