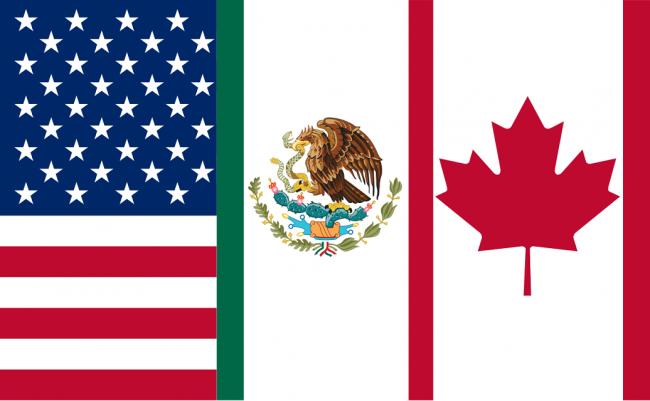 Future of US-Canada relationship under the Trumpian Regime

India Blooms News Service | | 17 Nov 2016, 02:45 pm
#Bill Morneau, # Donald Trump, # Justin Trudeau, # Trans Pacific Partnership, # TPP, # North American Free Trade Agreement, # NAFTA, # President, # US, # Canada
Calgary, Nov 16 (IBNS): The future of Canada USA Bilateral relationship would be under big question mark, as it was a well known fact that Donald Trumpâ€™s deep antipathy to NAFTA (North American Free Trade Agreement)which during the campaign for presidency he had made one of the prime election issue and had been fiercely vitriolic towards Mexico but said nothing against Canada.

Although Canada's Finance Minister Bill Moreau said the Canadian Government would try it's best to ensure that the incoming U.S. President could understand and potentially even could expand existing trade relationship.

However Trade Experts by their opinion asserted that in case of NAFTA being null and void, it's predecessor free trade agreement between Canada and USA could be revived.

Speaking to the National Post Editorial board, Federal Finance Minister Bill Moreau said as per statistical report, Canada served as Number One trade partner with the US and the amount of trade exchange per day stood at $2 billion per day aggregating $750 billion for the whole year, thereby benefitting both the partners and approximately 9 million Americans relied on trade with Canada for their jobs.

Evading question on what Trump Administration might do on trade exchange Finance Minister Bill Morneau said he could not comment anything on the basis of speculation, but the main objective before Canada was to improve bilateral relationship with USA.

While Trump vowed to ease restrictions on US fossil fuel industry, and to cancel payments that had been committed in UN climate control. The Canadian Prime Justin Trudeau, on the contrary, had emphasized on the necessity of introducing carbon tax in all provinces without further delay.

"You cannot separate a strong economy from a sustainable environment,” Trudeau said in Sydney, Nova Scotia, while talking to reporters in a conference.

On the other hand Trump clearly stated that he would oppose 12 member Trans -Pacific- Partnership (TPP) Trade Agreement, which was to be ratified both by the Canadian Parliament and the US Congress.

Morneau, in a conference informed the media that although Canadian Government had been consulting the Canadians on the deal, yet he can’t speculate whether Obama would push the TPP forward, before leaving the White House.

"We want to make sure that people understand clearly the benefits and challenges of TPP. We are going to keep on that path" commented Morneau.