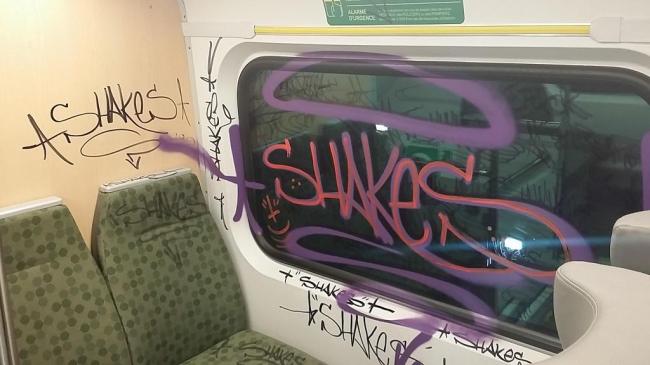 Annie Marie Aikins, spokesperson for provincial transit agency, Metrolinx, said the miscreants would alight the late night Toronto bound train on the Lakeshore east line and walk past till they find an empty car where they start spray painting and writing abusive words in the seats, windows and walls.

Many days they took time off to spray the exteriors too.

The onboard security cameras captured their deeds, leading Durham police and Go transit officers to set up a vigil to look out for those responsible and catch hold of them, Aikins informed.

Aikins pointed out that the officers went undercover in a late night train, where the suspects were finally arrested.

They “did not surrender peacefully” Aikins explained as the takedown was pretty “dramatic”.

The police charged them with a mischief fine of $5000.

The men were also booked with failing to comply with probation.

The accused were held pending a bail hearing but have all since been released. The identified train cars are presently been cleaned.

Aikins said, the seats which were covered with paint could not be washed properly and had to be replaced.