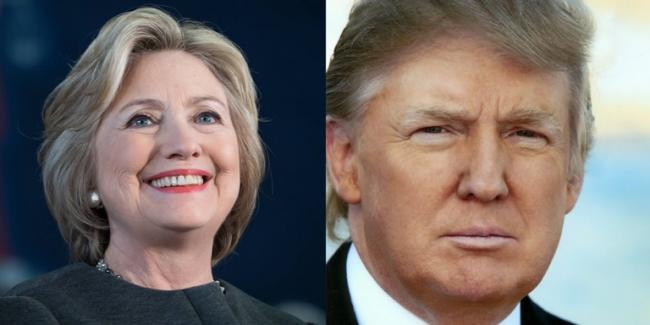 US Presidential elections: Trump,Clinton fight for the White House

India Blooms News Service | | 07 Nov 2016, 10:42 am
#USA, #US presidential elections, #POTUS, #Hillary Clinton, #Donald Trump
Washington, Nov 7 (IBNS): The fight to capture the highest seat in US political structure is gaining momentum as nearly 120 million Americans are expected to cast their votes on Nov 8 to decide the fates of Democrat Hillary Clinton or Republican Donald Trump who are contesting the high -profile Presidential polls.

The fates of both the candidates will be sealed on Nov 8.

Both the leaders are putting their last moment efforts to garner more support and make their ways further clear to emerge victorious in the polls.

Despite early double leads,  the Federal Bureau of Investigation (FBI) recently had announced fresh investigations into emails allegedly linked to Clinton's use of a private server that hit her position hard before the polls.

However, the FBI later cleared Hillary saying its review of the newly discovered emails did not change its earlier stand on not recommending any action against the Democrat candidate.

On the other hand, Trump is facing the heat following allegations of sexual misconduct made against him.

Images from official Google Plus accounts of individual