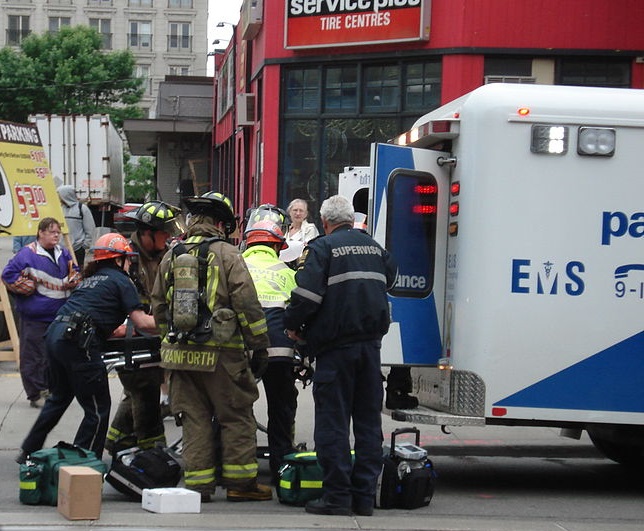 The shooting took place near John and Wellington streets around 3:50 a.m.

According to Toronto police, a male victim was found in a critical condition with a gunshot wound and was taken to the hospital.

Police are also working hard to see whether there is any close link between the victim and the other man who has reportedly reached the west-end based St Joseph’s Health Centre, with a stab wound, minutes after the incident took place.

He is also currently listed as under critical condition.

Police already got a man in custody, but are looking out for further involvements in the incident.